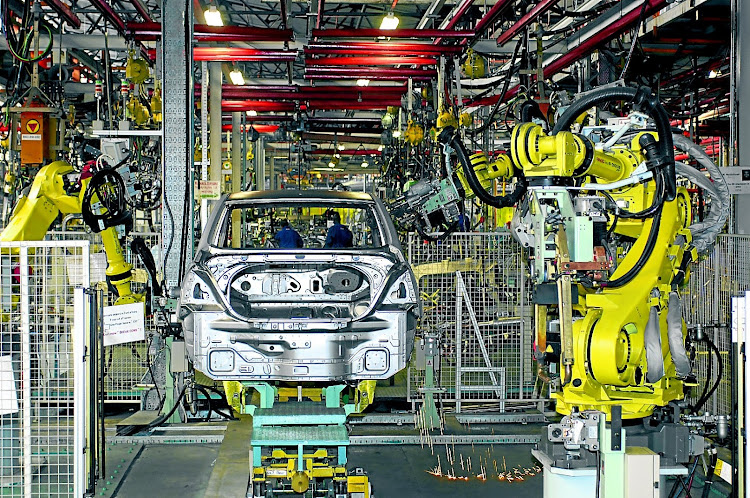 Car manufacturers want governments across Africa to give them tax holidays for building manufacturing plants on the continent.
Image: Robert Tshabalala

At the edge of Nairobi’s Ngong Forest, thousands of used cars glitter in the hot sun on a dusty field, waiting for buyers. Imported from Japan or the Middle East, they offer an affordable route to vehicle ownership in Kenya and have dominated the market for decades.

That is an obstacle big carmakers must overcome if they are to crack Africa, a market promising rapid growth as trade tensions threaten sales elsewhere. African consumers also still need conventional engines just as demand in more traditional markets is curbed by restrictions on carbon emissions.

Volkswagen, BMW, Toyota, Nissan and others have joined forces to lobby governments for steps that would reduce the imports that have made sub-Saharan Africa notoriously difficult terrain and allow local production to flourish.

“The question on Africa isn’t, ‘Is it a market of the future?’” Mike Whitfield, Nissan’s top executive for Africa, told Reuters. “It’s a case of when.”

Four years after forming the Association of African Automotive Manufacturers (AAAM) their efforts are starting to bear fruit.

Carmakers that set up local assembly plants could get tax holidays of up to 10 years and duty exemptions in Nigeria, Kenya and Ghana, according to government plans seen by Reuters.

Thomas Schaefer, who heads Volkswagen’s Africa business, said there is a potential market in sub-Saharan Africa for two to four million new cars, up from just 420,000 in 2017.

But that will require addressing the well-entrenched interests of second-hand car dealers, smugglers and lowering the price of new cars.

“It will largely depend on how successful the African governments are in limiting the amounts of second-hand imports and how price-competitive new vehicles can be with their tariffs,” said Craig Parker, Africa research director at Frost & Sullivan, a US-based market research firm.

Volkswagen Financial Services South Africa (VWFS) says it has taken legal advice and is appealing against an order by the National Consumer Tribunal ...
News
3 years ago

Africa’s population and household incomes are rising rapidly. But its one billion inhabitants account for only 1% of the world’s new passenger car sales, industry data shows. South Africans bought over 85% of those vehicles.

The AAAM identified Kenya, Nigeria and Ghana as potential manufacturing hubs and helped draft legislation setting up standards and incentives. Details of governments’ plans provided to Reuters demonstrate that African nations are keen to secure a spot as a beachhead for the industry.

Nigeria and Ghana are preparing to offer automakers tax holidays of up to 10 years and duty-free imports of parts and components used in local assembly. Nigeria also plans to double the levy on new, fully-built imported vehicles to 70% to boost demand for locally produced cars, though the policy’s approval has been delayed.

In Kenya, automakers will pay no import or excise duties and get a 50-percent corporate tax break. For African nations facing massive demographic pressures, such concessions make sense if they create jobs, said Jelani Aliyu, of Nigeria’s National Automotive Design and Development Council.

VW South Africa yet to solve the problem.
Opinion
3 years ago

“The multiplying effects are exponential,” said Aliyu, who foresees supporting industries developing around the plants. Legislative and fiscal frameworks are being finalised, but companies are already investing millions of dollars in new plants.

A chaotic Brexit or US tariff hikes could further dampen sales. Toyota South Africa’s chief executive Andrew Kirby said the strategy is: “Focus on Africa because Africa is going to grow significantly.”

A pivot to Africa could also help insulate automakers from the immediate effects of the electric vehicle revolution.

A Mercedes-Benz driver was bust going more than 100km/h over the speed limit on Tuesday.
News
3 years ago

The continent is ill-placed to join it at the moment due to the higher prices of EVs and unreliable power grids. Just 66 electric cars were sold last year in South Africa - the continent’s most developed economy.

“Africa will most likely remain as the last bastion of internal combustion engines,” Parker said.

Nevertheless, industry officials say the biggest hurdle to developing the market for new cars is dumping from countries such as Japan, where strict vehicle inspections force cars out of circulation after just a few years.

They say this distorts the market by allowing dealers to buy the cars at scrap prices and export them to Africa. They blame the cheap imports for killing off assembly sectors in a number of African countries including Nigeria, which built around 150,000 cars per year until the 1980s. Political will is needed to change that, and without it there is little point in considering a country for local production, according to VW’s Schaefer.

“The markets ... are literally not functioning right now due to importation of used vehicles,” he said. In Kenya, the government plans to wind down imports of cars more than three years old by 2021.

Exceptions will be made for passenger vehicles with 1.5 litre or smaller engines. The policy could see mid-range imported models double in price, according to the 300-member Kenya Auto Bazaar Association (KABA). The lobby group has taken out ads in local newspapers denouncing the policy and is demanding a meeting with Kenya’s president. Mark Oburu, KABA’s vice-chairman, said the move would hit an industry that delivers 85% of Kenyan car purchases.

“The middle class will not be able to own a vehicle of their choice,” he said. In the Nairobi bazaar, Grace was shopping for her eldest son’s first car. She said she could not afford to buy a new one. “If they don’t rescind that decision, we will be on boda bodas (motor-bikes).” Both Ghana and Nigeria have also pledged to tackle the issue.

“The safety of our customers is Nissan’s top priority. All our cars meet or exceed regulations in all countries in which they are sold.”
News
3 years ago

Nigeria hiked taxes on imported used cars in 2014, but smuggling has undermined that effort to boost demand for local production, according to manufacturers and government officials.

Used cars are also among the leading imports in many African countries, and governments will have to wean themselves off the associated tax revenues. There are other stumbling blocks: access to financing is limited, and countries that don’t host assembly plants must also be persuaded to limit used imports and reduce tariffs on African-made vehicles.

That will be hard to do if the only outcome they see is higher sticker prices. “The purpose is not to take the most lucrative slice of the industry,” said Ghana’s minister of trade and industry, Alan Kyerematen, suggesting that neighbours could produce components for his country’s assembly plants.

Auto executives acknowledge the challenges but point to a famous precedent. When VW and GM entered China in the 1980s and 90s, vehicle ownership rates were lower than in many African markets.