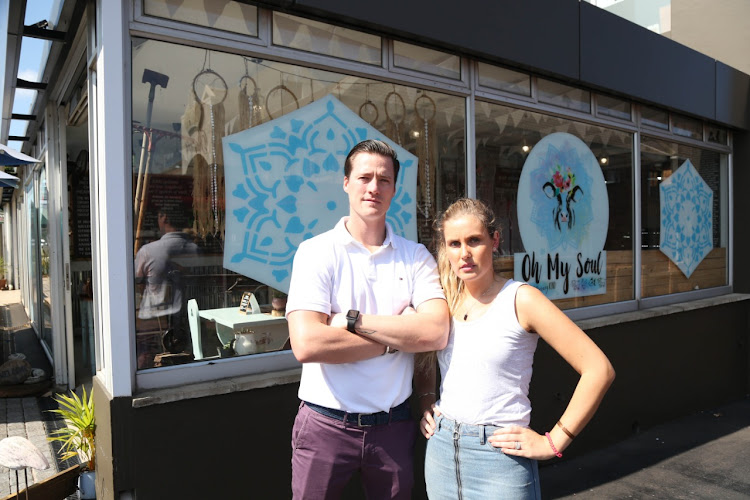 A small Durban North vegan café has won a "David and Goliath" battle against a multi-billion-rand national chicken franchise over the use of the word "soul" in its name and marketing.

In fact, Durban High Court judge Dhaya Pillay said in her ruling on Monday in the  trademark infringement case brought by Golden Fried Chicken (trading as Chicken Licken) against Oh My Soul Café: "In the spirit of Ubuntu, Chicken Licken should encourage rather than restrain the use of 'soul' to mend our social fractures and fissures.

Chicken Licken cried foul over the alleged trademark infringements earlier this year and launched the application urgently, citing potential consumer confusion and unquantifiable damage and harm to its branding, on which it had spent hundreds of millions of rands.

Van Tonder said the word Soul communicated African cool, a pride in Afrocentric heritage and self-validity, typified in the US by the civil rights movement and the great soul singers.

Duffin said his philosophy was entirely different - that animal cruelty shatters souls and that all animals have souls and require protection.

He said his branding was neither visually, phonetically nor conceptually similar to Chicken Licken and there could be no confusion.

In her judgment, handed down on Monday, Judge Pillay said Chicken Licken had to show that each of its customers or other interested persons would probably be deceived and confused.

There also had to be a "material connection" between the goods sold.

"This test is objective. The nature of the market for the goods is an important consideration ... and the offending mark must be considered in context, not in isolation.

"The applicant must prove that the respondent's use of its identical or similar mark will most likely take unfair advantage of or be detrimental to the character or repute of the registered mark," she said.

The judge said in this matter, both parties provided restaurant services.

"The applicant described at length its business, an enterprise approaching R3bn, second only to Kentucky Fried Chicken in the fast-food restaurant sector.

"It says 'soul' has a certain conception of cool, identified in many ways, for example in ever larger 'Afro hairdos', and has been a phenomenal brand image success - an icon for the entire Chicken Licken experience.

"The café, on the other hand, supplies goods and services to vegans.

"Conceptually, the word 'soul' has different meanings for both litigants and is used in contexts that are diametrically opposed to each other. Chicken products are philosophically, ideologically and in reality the antithesis of veganism."

She said Oh My Soul Cafe would never seek to ride on the back of Chicken Licken’s success because "vegans would be repulsed by this".

"Veganism is not known for the ostentation associated with 'African cool'," the judge said, ruling that the cafe had not "adopted its badge of identity".

"And if, indeed, its 'soul' brand has the remarkable capacity to communicate to its consumers pride in Afrocentric heritage, success against adversity, the rising above racial prejudice where blackness is not a shortcoming but a positive advantage, then in the spirit of Ubuntu, it should, in the national interest, encourage rather than restrain the use of the word."