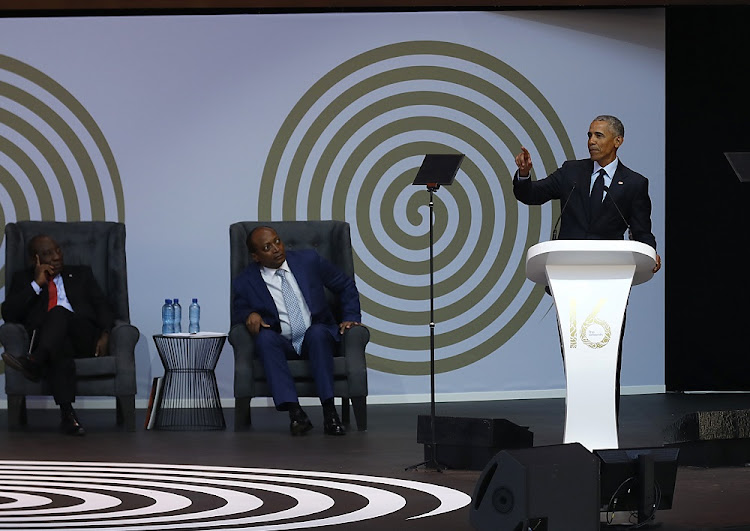 Billionaire businessman Patrice Motsepe on Monday dismissed allegations that his company is benefiting directly from the Independent Power Producer deals with the department of energy.

In his official statement read by African Rainbow Energy and Power (Arep) CEO Brian Dames on Monday, Motsepe confirmed that the company is involved in renewable energy projects but said they were based on stakes that the company has bought in private companies which are involved with the department of energy.

He admitted that his proximity to them creates a perception of conflict of interest.

Motsepe told a Sandton news briefing that there was no favouritism in the renewable energy project bids and admonished South Africans for thinking of irregularities when a black businessperson became rich.

Patrice Motsepe has dismissed allegations that his company is benefitting directly from the independent power producer deals with the department of ...
News
2 years ago

It was unclear which detractors he was referring to.

To the bemusement of social media, Motsepe's news conference included a reference to how he grew up with money due to his father Augustine's business savvy - and how Motsepe senior already drove a Jaguar in 1973.

The Motsepes were one of the few black families to enjoy wealth under apartheid. The elder Motsepe was a schoolteacher who opened a spaza shop catering to mine workers.

Motsepe junior is a former lawyer who became the founder and executive chairman of African Rainbow Minerals, which has interests in gold, ferrous metals, base metals, and platinum, as well as African Rainbow Energy and Power which is headed by former Eskom CEO Brian Dames.

In December, BusinessLIVE reported on speculation that he wanted to buy Eskom’s home-loans division and that this could be a move to help develop his financial services business. The entrepreneur, who made the bulk of his $2.1bn fortune from mining, is planning to start a digital-only bank, known as Tyme, by the end of the first quarter of 2019.

Eskom started implementing load-shedding on Sunday after it warning that that it had lost generational capacity to meet the country’s demand.
News
2 years ago

Now we must listen to Motsepe telling us about his dad owning a Jaguar???