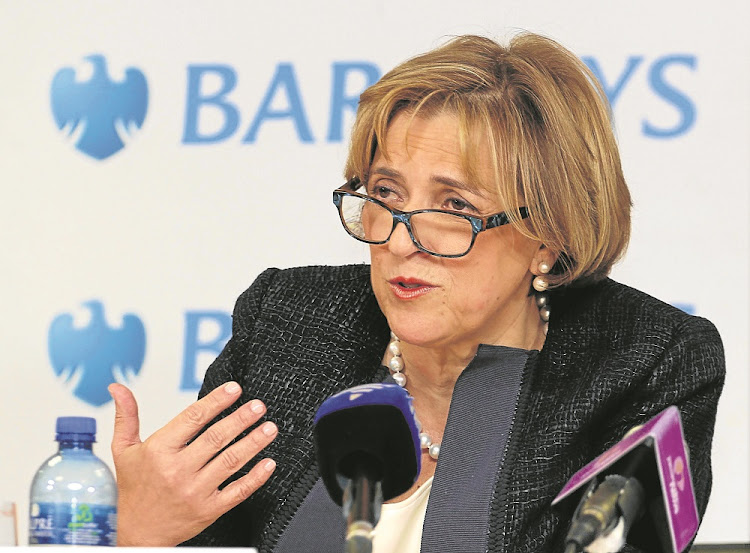 February will be Maria Ramos’s last month as the CEO of Absa, after 10 years at the helm of the bank, the group announced on Tuesday morning.

“She has chosen to retire when she turns 60 in February and is eligible to do so,” Absa’s statement said.

“It had never been my intention to stay this long, as I have always believed that a CEO’s tenure should allow for a regular refresh,” Ramos said in a media release.

“My earlier intentions to step down were curtailed by Barclays’s 2016 decision to sell down their controlling stake, a unique set of circumstances that required continuity. So with my coming 60th birthday, I have made the decision to leave the position open for a new CE to lead the group on the next leg of its exciting journey.”

Barclays Africa changed its name back to Absa on Wednesday, in a rebranding aimed at underlining its South African roots as Britain’s Barclays ...
Business
3 years ago

The Reserve Bank’s former registrar of banks, René van Wyk, will be interim CEO from March 1 until a permanent appointment is announced.

“Maria has been group CE for 10 years and has led the group through significant milestones, including the aftermath of the global financial crisis and acquiring the Barclays Africa subsidiary banks in 2013,” Absa said.

“She had indicated a desire to step down earlier, but agreed to see the group through the separation negotiations with Barclays, the ensuing sell-down and key separation milestones, including Barclays achieving regulatory deconsolidation and refreshing Absa’s brand identity. With the separation on track and our new strategy as a standalone financial institution in place, Maria feels that this is the right time to retire.”

Van Wyk has been a member of Absa’s board since February 2017.