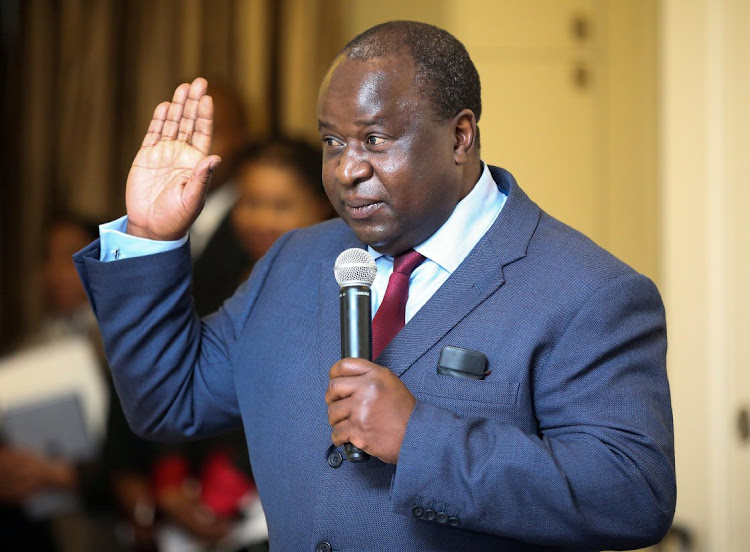 Mboweni, who has always entertained followers with his antics about his culinary interests and has become known for his “dry jokes” on social media, asked his more than 283,000 followers for input ahead of the speech.

“Let us do something unusual which will annoy the establishment. If you were minister of finance, what would you announce on Wednesday next week. It is time for the medium term budget policy statement. Over to you. Don’t tell the establishment about this tweet!!”

Nene was appointed finance minister in February this year but resigned after his testimony at the Zondo commission of inquiry into state capture revealed that he had had several meetings with the Gupta family.

With 15 days in his new position, much of Mboweni’s budget would have been from Nene. However, Twitter followers still gave their input.

Resizing and getting rid of cabinet perks:

Cut the size of the cabinet in half. Cut ministers' salaries. Cut off their non-essential perks. Keep a tighter reign on local government expenditure!!!

You literally are the establishment. So, to annoy you then:
- Scrap EWC. Protect property rights.
- Scrap talk of nationalising the reserve bank
- Ditch the NHI
- Halve the cabinet
- Freeze public sector salaries
- Break up & sell off SOE’s
- Rewrite labour legislation

Do away with those fancy upgrades at ministerial residences

Once again, what about books.
Why is there VAT on books ?

Sir, (1) Regulate and tax all churches and ministries. Especially ‘new age’ churches and those with foreign religious leaders that exploit people for profit. (2) Close down SAA immediately.

Sell SAA. Other SOE's also, but start with SAA. SA does not need to own an airline.