Rand lifts to R14.84/$ on a weaker dollar and bets on higher local interest rates 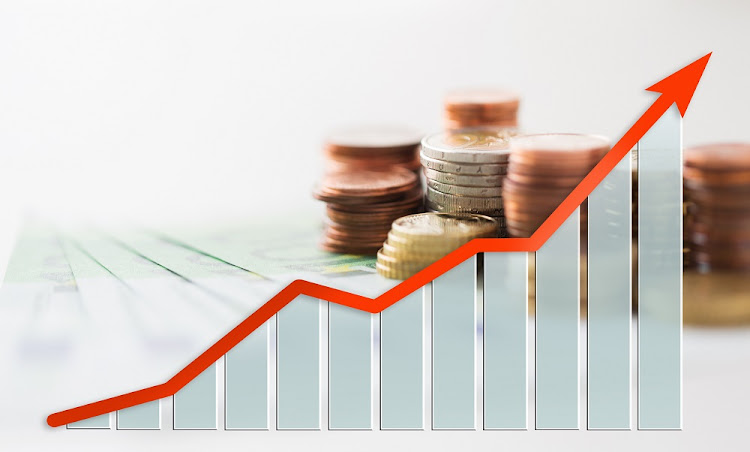 The rand was a lot stronger on Thursday morning‚ standing out among its emerging-market peers‚ though its performance came off a very low base.

The improved rand came courtesy of a pullback in the dollar‚ which has been the source of pain for emerging-market currencies in recent months. The dollar has benefited from its status as a safe-haven currency and from higher interest rates‚ which make the greenback attractive as they boost returns on assets denominated in the currency.

The rand‚ on the other hand‚ has had a roller-coaster ride‚ initially strengthening in February when Cyril Ramaphosa swept to power as head of state‚ promising a new dawn. It has since reversed course‚ plunging to a two-year low last week‚ when the economy slipped into a technical recession for the first time in a decade‚ punching holes in the “new dawn” narrative.

The global environment has also been less forgiving‚ with intermittent bouts of global risk aversion resulting in bond and equity outflows from SA.

Weaker rand and higher international oil price is putting motorists in line for yet another hefty fuel price increase.
News
3 years ago

In August alone‚ bond outflows were R18.3-billion‚ according to the JSE data‚ while net equity sales were R14-billion.

The volatility in the rand has raised concern about much higher inflation‚ coming as oil prices remain high.

Some economists‚ including Investec economist Annabel Bishop‚ said earlier in the week that the Reserve Bank could raise interest rates by 25 basis points next week‚ when its monetary policy committee concludes its meeting.

Higher interest rates tend to attract foreign capital‚ which in turn boosts the currency. Turkey‚ which has been in the eye of the recent emerging-market storm‚ is scheduled to decide on interest rates in the afternoon.

“The market is divided between what they expect the Turkish central bank will do‚ with expectation ranging from no hike to a 400 basis points hike being seen in the market‚” said Andre Botha‚ senior currency dealer at TreasuryOne.

“In plain English: the bigger the hike‚ the better it would be for [emerging markets] and should the decision disappoint‚ we could see emerging markets undoing all of the good work that has been done in the past week.”