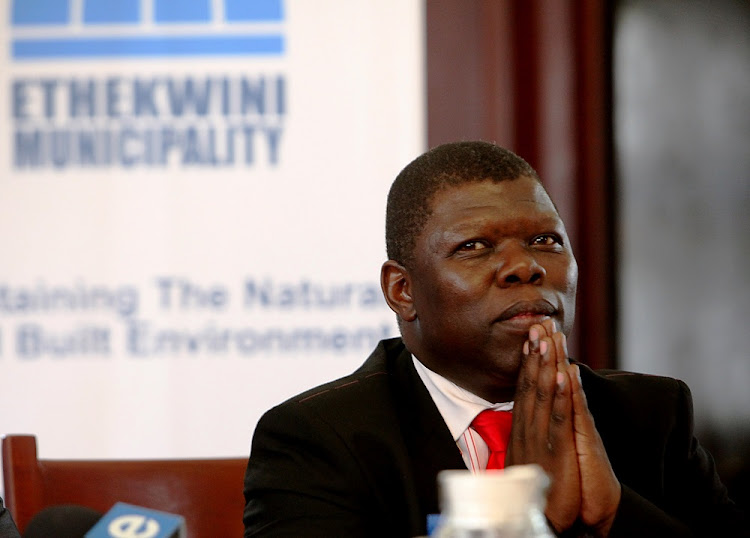 The Passenger Rail Agency of SA (Prasa) was on the verge of financial collapse at the end of the last financial year when it made a previously undisclosed loss of R1.7bn.

This has emerged from a leaked report of the auditor-general related to the 2016/17 financial statements‚ details of which were disclosed by Democratic Alliance transport spokesman Mannie de Freitas and police spokesman Zachele Mbhele at a media briefing on Tuesday.

Prasa has still not tabled its annual report for the 2016/17 financial year even though it was required to do so by end-September of 2017 by the Public Finance Management Act. It is now about 318 days overdue.

The agency has been wracked by allegations of corruption related to the procurement of rolling stock.

The auditor-general noted that the majority of tenders went through a system which "is not fair‚ equitable‚ transparent‚ competitive and cost effective".

The eThekwini Municipality is grappling with parastatals and state departments who owe the city over R230 million.
News
3 years ago

The auditor-general analysed a sample of 36 Prasa tenders in 2016/17 and found that: - they all had irregularities related to the method of selection of a service provider and all had questionable bid processes; - in 92% of cases internal processes or regulations were not adhered to; - in 33% of the cases tender requirements were ignored and in 39% of cases tender amounts exceeded permissible amounts; - in five tenders the highest scoring bidder did not receive the tender and in five cases service providers were appointed without contracts; - in two cases the incorrect service providers were appointed.

It also emerged from the auditor-general's report that some executives received remuneration illegally or incorrectly. Also‚ declaration of interests were not submitted by suppliers‚ members of accounting authorities and employees.

De Freitas said the DA would lay criminal charges under the Public Finance Management Act against the interim and current Prasa board‚ which he said were responsible for the irregularities.

He will also be writing to Transport Minister Blade Nzimande requesting the urgent release of the Prasa annual report as well as the Treasury reports on Prasa commissioned by the Public Protector‚ Busiswe Mkhwebane.

He wants the minister to release an action plan which must include what consequences will be faced by those Prasa executives implicated in the allegations of wrongdoing.

De Freitas has also called on Parliament's transport committee to immediately begin its inquiry into Prasa.

2million people would have been affected if we'd stopped running trains: Prasa

Despite not having a valid safety permit to operate, Prasa said it ran trains because it would have been completely impractical to stop.
News
4 years ago
Next Article