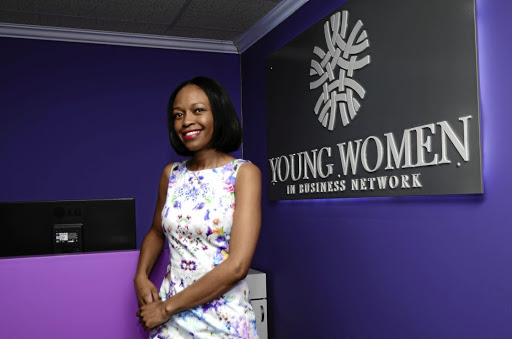 After surviving a grueling year of preparatory measures from the South African Reserve Bank, Nthabeleng Likotsi is determined to have her co-operative, Young Women in Business Network (YWBN), turned into the first black female-owned Mutual Bank in South Africa.

"There is no space for negativity. We will not fail," she told Sowetan yesterday ahead of submitting an application to the bank on Friday.

Likotsi, 33, has ticked all the boxes needed to turn YWBN into a Mutual Bank.

The Free State-born director will also lead a march from the Union Buildings to the bank, with some of the veterans from the Women's March of 1956, to make a stance against the lack of access for black women in the financial sector.

"There is a lot of preparation that goes into getting a license to run a mutual bank. The requirement is that you should have between R10 to R15-million, just for the application excluding the capital expenditure, operational costs, among others," she said.

At four, Belinda Mapongwana knew she wanted to be a lawyer.
Business
3 years ago

In 2009, Likotsi and nine other board members established the YWBN - as a broad-based women's empowerment financial company - and has never looked back.

"I asked myself what it means to be a black young woman in South Africa? And the truth of the matter was that not much is happening for black women," she said.

She said her research found that stokvels contributed billions into the economy.

"This was a wake up call that money is used to buy groceries, but what if we used it to buy into white-owned entities?" she said.

Her vision is to create black wealth, but that can only happen if there is a bank that deeply understands black entrepreneurs and customers.

Likotsi has ensured that 80 percent of the board is black women and all of her six employees are also black women.

"My dream is to lower the unemployment rate and I want this bank to respect people's money," she said.