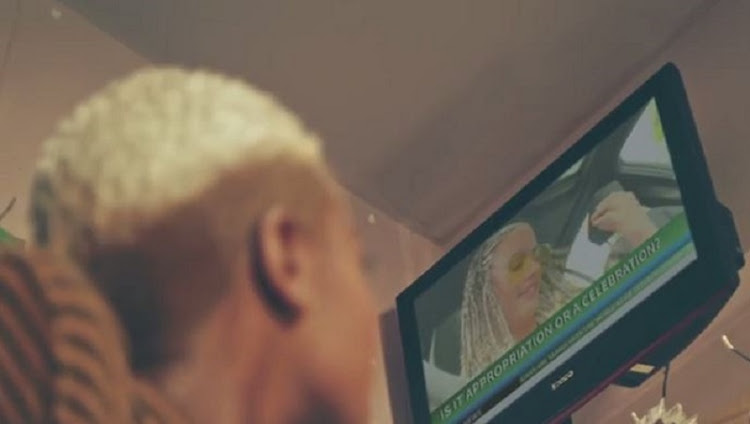 The Advertising Standards Authority (ASA) has dismissed a complaint that a television commercial of online retailer Superbalist is racist and offensive.

Brenda van der Hoff complained about a scene where a white woman is shown on a television wearing braids in a hair salon filled with black women.

The caption on the television reads: “Is it appropriation or celebration?” The voice–over says: “The world is watching‚ listening‚ telling our story‚ theirs‚ hers and mine. Show them.”

Van der Hoff complained that a woman in the salon rolls her eyes and her facial expression shows that she thinks the white woman’s braids are “ridiculous”. Van der Hoff believes it is fine for black African women to wear their hair as weaves‚ braids or natural‚ but a white African woman is judged for doing the same.

Thinus Welthagen believes the commercial is racist‚ because the only white woman is “depicted as “telling a story that it is not hers to tell”. “She has braids and that is seen as a bad thing.”

Superbalist said the salon scene was a take on Kim Kardashian’s Instagram post in January this year in which she was wearing similar braids‚ which led to debates on cultural appropriation.

Cultural appropriation is when a person adopts something from another culture. There is often a power dynamic where one group takes something from a group that has been oppressed and uses it in a way that offends that group.

Superbalist said the commercial showed African fashion‚ that the continent can be a fashion trendsetter and is intended to inspire. The ASA ruled that the commercial explored topical debates by showing that all women have stories to tell.

The ASA said the commercial did not say whose story the white woman was telling.

“If anything‚ the voice-over implies that the story she is telling is hers to tell. Her choice is not labelled as definitively ‘appropriation’ nor ‘inspiration’ – rather‚ the need to hear all our stories is recognised.”

The ASA dismissed the complaint.