SA Express apologises for stressing out customer with heart disease 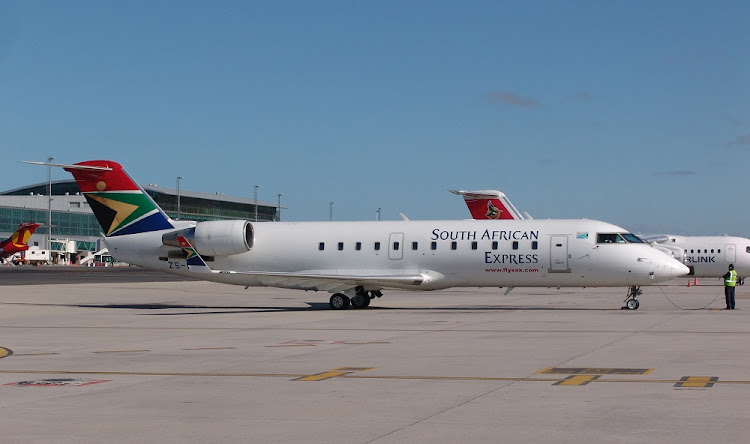 SA Express apologises for stressing out customer with heart disease.

South African Airways (SAA) and SA Express apologised for the stress they caused a customer who suffers from heart disease after flights were grounded last week.

“We regret the fact that the customer found himself in a position of distress after he sent the email notifying us that the flight changes were not acceptable to them. There was no intention whatsoever to place him or any other passenger in that state‚” SAA spokesperson Tlali Tlali said.

The apology comes after Michael Winstanley booked a flight on SAA’s website for his wife on May 14 for her to travel from East London to Dar es Salaam in Tanzania‚ via Johannesburg‚ on June 8. The South African Civil Aviation Authority (CAA) grounded SA Express on May 24.

“How is my wife supposed to catch a [connecting] flight [to Tanzania] from Johannesburg at 10:30am when SAA only gets her to Johannesburg at 1:30pm? I also wonder what you expect a 60-year-old woman to do when she lands in Johannesburg and cannot get to her husband in Tanzania? Can you imagine the distress she is going to be in?” he said.

Three partner airlines have come to the rescue of passengers who have been left stranded by the grounding of SA Express.
Business
4 years ago

Winstanley suffers from Ischaemic heart disease and is losing sleep.

“I am under stress because it seems no one cares or is doing anything about this.”

Airline policy states passengers will be accommodated for up to 48 hours if there are any delays. This includes paying for meals‚ refreshments‚ accommodation and transport.

Tlali said SAA and SA Express are separate airlines with their own management and boards of directors‚ but they have a commercial relationship that enables SA Express to use SAA services such as booking platforms‚ ticketing and others.

Tlali said SAA sent Winstanley an email on May 28 to inform him the flight had been moved from SA Express to SAA. The email said that passengers should confirm the revised travel times.

“We appreciate that measures put in place did not meet the customer’s expectations and would like to assure him that all forward bookings we have in place‚ are receiving attention.”

Tlali said the accommodation policy would have applied in this case at no extra cost.

“We truly apologise for the inconvenience and trust that the new procedures will significantly improve the situation for the future. We considered the volumes of passengers impacted and gave priority to customers whose travel dates were due or occurred immediately after suspension of SA Express services and are working progressively to ensure that all customer travel dates and connections are met.”