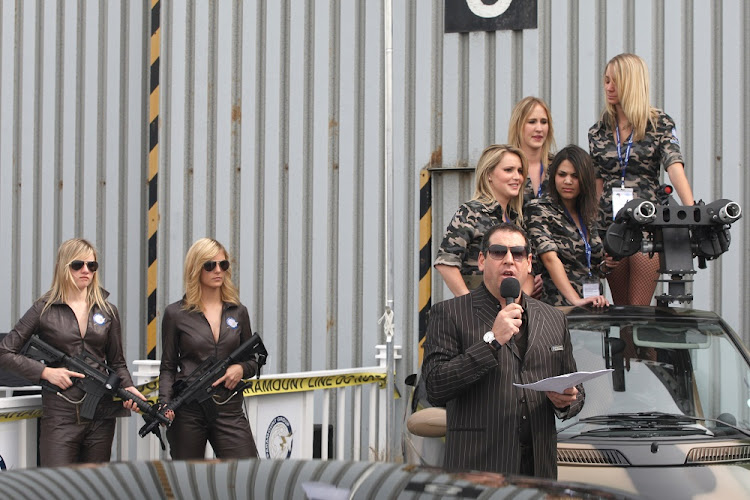 FILE PICTURE: Ivor Ichikowitz, executive chairman of Paramount Group, extolls the virtues of the Maverick, a police armoured personnel carrier, at the opening of the Africa Aerospace and Defence air show at the Ysterplaat military base in Cape Town in 2008.
Image: AMBROSE PETERS

South African defence company Paramount Group is in talks with the Saudi Arabia government to establish production facilities in the kingdom, its chairman said on Monday.

Saudi Arabia, one of the world’s largest arms buyers, is seeking international partners to develop its manufacturing capabilities with the aim of producing half of its required military equipment domestically by 2030.

“We are in negotiations with various governments in the Middle East, including Saudi Arabia, with a view to transferring technology and establishing production in those countries,” Paramount Group Chairman Ivor Ichikowitz told Reuters at a conference in Abu Dhabi.

Saudi Arabia has been fighting a costly war in Yemen since 2015 in support of the internationally recognised government against the armed Houthi movement.
Ichikowitz declined to disclose what the privately held defence company was in talks to manufacture in Saudi Arabia but said the kingdom would be a focus for the group over the next couple of years.

A Cape Town desalination company has won a R5-billion contract for a desalination plant in Saudi Arabia.
Business
3 years ago

Paramount manufactures military vehicles, aircraft, ships, and weapons systems.
One possible partner for Paramount could be Saudi Arabian Military Industries (SAMI), which was established last year to lead the development of the country’s military industry and to establish joint ventures with international partners.
Paramount has set up in-country manufacturing capabilities before, including in India and Jordan.

“We see the Middle East as an important growth market for us,” Ichikowitz said, adding that Paramount was pursuing several campaigns to sell vehicles and aircraft to Middle East countries. He did not disclose specific details.

Paramount is also pursuing contracts with governments in Africa to modernise and extend the life of Soviet-built equipment such as helicopters and fixed-wing aircraft.
Africa was a big market for Soviet weapons and technology during the Cold War era.

“We’re seeing a fair amount of interest,” Ichikowitz said.
Paramount has contracts with four or five governments in Africa to modernise Soviet-era equipment, he said, adding: “It’s substantial and has the potential to grow even more.”