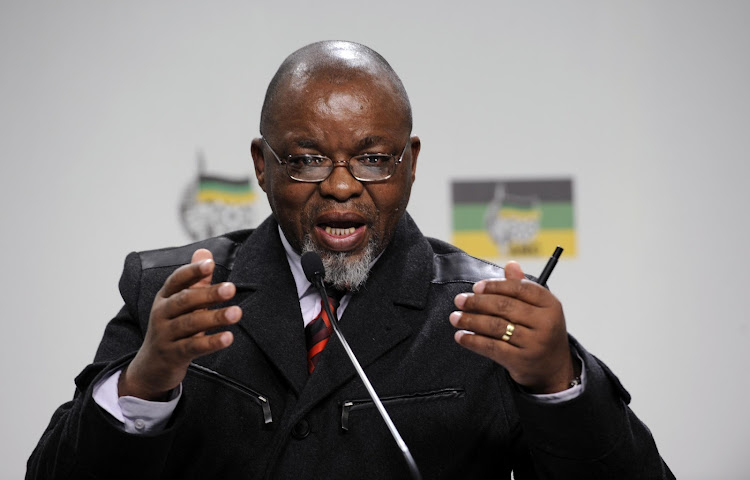 Talks on a new Mining Charter are about 80% completed and the new document guiding transformation of the South African mining sector will be ready and gazetted in May‚ giving the industry greater policy confidence‚ said new Mineral Resources Minister Gwede Mantashe.

The chamber had sought a declaratory order to determine whether mining companies were obliged to perpetually top up their black ownership levels to at least 26% in line with the first two charters.

Mantashe‚ who has been involved in the mining industry for three decades‚ said he had no tolerance for empowerment partners who “speculated” on their shares in a mining company and sold out quickly to make an easy profit‚ but he also singled out mining companies that treated their partners incorrectly.

Instead of insisting on blanket compliance with ownership‚ the department would investigate companies’ empowerment credentials on a case-by-case basis‚ Mantashe said‚ adding companies whose partners had skipped out with a quick profit should “not be punished.”

The department was quite prepared to go to court “every day” to test the merits of companies arguing about their empowerment levels‚ he said at a one-day platinum conference in Johannesburg.

The first two charters set empowerment ownership at 26% and the third charter‚ which was suspended‚ pegged it at 30% by Mantashe’s predecessor Mosebenzi Zwane‚ who gazetted it in June 2017 and sent the market into a downward spiral.

Mantashe and his department have launched fresh negotiations around the charter to address deep industry concerns‚ with the chamber postponing a court challenge to review and set aside the third charter.

The ownership level is one of the key points in the talks. One of his main tasks in office was to restore trust between the department and a wide range of stakeholders‚ including the industry‚ labour and communities‚ he said‚ while at the same time expediting regulatory and policy certainty to give the sector a base from which to grow.

Mantashe said he had spoken to the National Council of Provinces to expedite amendments to the Mineral and Petroleum Resources Development Act. The amendments have been in the works since 2012 and were returned from then-president Jacob Zuma in 2015 to correct what his legal team said were constitutional problems.

Turning to Optimum Colliery‚ one of four mines owned by the Gupta family and which is now in a business rescue programme‚ Mantashe said the company which had said it was buying the three coal mines‚ a shadowy Switzerland-registered company called Charles King‚ was unable to provide documents to prove its deal.

Mantashe called Charles King a “façade” and said it was the “Guptas coming in with a different face.”

“I told the business rescue practitioners to not give Optimum to these thugs‚” he said‚ adding he wanted a credible South African mining company taking ownership of the mine and two other Gupta-related collieries with a strong emphasis on black economic empowerment.

While the department would sign off on the transfer of mining rights to a new owner‚ there was no other guidance it could give to the practitioners‚ Mantashe said.