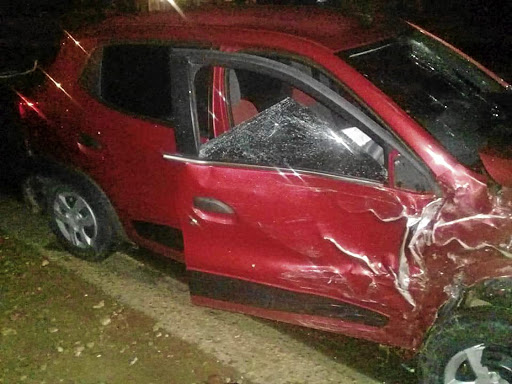 Martha Riba's new car was hit by an unlicensed driver.

Martha Riba, 25, bought a Renault Kwid in September, which came free with one year's comprehensive insurance.

Riba was excited when the car dealer told her about the insurance.

She was also told that after a year she could opt for another insurance company of her choice if she wished to.

"I was ecstatic and happy that I was going to be saving some money which I had budgeted for the insurance," Riba said.

She signed up for the insurance.

Riba took a loan at African Bank and paid her car cash to avoid finance charges. She still repays the African Bank loan.

Three months later, her car was involved in a crash when she was hit by a young man who didn't have a driver's licence. Riba lodged a claim with Rodel Insurance.

At the inception of the insurance contract, Riba was told that if her car was involved in an accident and written off, her claim would be settled within 24 hours.

It took Rodel almost four months to write off her car, and the decision was only taken a week ago after Consumer Line stepped in.

The head of operations at Rodel, Jo-marie da Silva, said Riba's claim was still under investigation and the company could not settle the claim until the investigation was finalised.

Yesterday, Da Silva said they would not refund any instalments as Riba had bought her car for cash.

"We were waiting for her to send [the] original registration papers, spare keys, [an] affidavit from the registered owner and policy holder stating who we must pay - signed by both parties with their IDs," Da Silva said

Da Silva added there was no delay from their side.

"We had to investigate the claim and there were delays from the client's side in providing the required documents."

However, the documents were only requested after Consumer Line's intervention.

Da Silva said they would repay the claim at retail value - a settlement which is more than the market value.

Ayanda Mazwi, a senior assistant ombudsman, said the insurer's liability is limited to the sum insured, which is the vehicle's retail or market value at the time of the loss. She said the insurer was not party to the finance agreement.

She said if the sum insured was not sufficient to settle the balance outstanding with the bank, the insured would need to claim against a vehicle credit shortfall policy."