Supension of Eskom executives was not my doing‚ says Ngubane 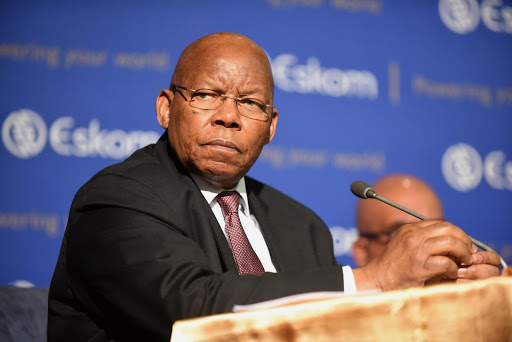 Supension of Eskom executives was not my doing‚ says Ngubane.
Image: Freddy Mavunda

Former Eskom board chairperson Ben Ngubane has begun detailing to parliament's inquiry how the process of appointing Brian Molefe unfolded and how the suspension of executives at the entity came about.

Ngubane told the inquiry by the public enterprise committee in parliament into the mismanagement of funds in state-owned entities that the suspension of executives at Eskom happened outside his term.

“This matter falls outside my tenure as the chairperson of the Eskom board. My understanding is that [then-Eskom chairperson Zola] Tsotsi‚ in his capacity then motivated to the board to urgently authorise an independent investigation to be conducted by an external service provider. It is also my understanding that Tsotsi motivated for the suspension of certain key executives while the investigations were conducted.

He added that the investigation was ultimately conducted‚ but on different terms than those initially proposed by Tsotsi.

Residents here will have no electricity for 14 hours a day

The place means freedom but its residents are hostage to a municipality who has defaulted on its electricity payments.
News
4 years ago

“The investigation was conducted by different service providers‚ namely‚ Dentons attorneys and not Nick Linnell who had been appointed by Tsotsi. After the investigation was concluded‚ however‚ Matona‚ who had filed a labour dispute case against Eskom‚ negotiated and settled his dispute out of court and left Eskom.

"Marokane and Molefe also left Eskom. Only Koko returned to his position at Eskom‚” Ngubane said.

Ngubane told the inquiry that Brian Molefe was then seconded to Eskom as acting group executive officer on April 17 2015 for a period of three months. Before joining Eskom‚ Molefe was the CEO of Transnet.

“On June 23 2015‚ I addressed a letter to minister Lynn Brown requesting her support and endorsement for the extension of Molefe’s secondment as acting group executive for a further three months‚” he said.

The letter sent to Brown covered two other aspects. These were: - the governance committee had resolved to seek the full-time appointment of Molefe; - former board member Venete Klein was tasked with procuring a legal opinion on the optimal approach to appoint Molefe.

The legal opinion was obtained in June and it concluded that Eskom could appoint a group chief executive without having to conduct an external search process.

On June 27‚ the minister responded to Ngubane’s letter and agreed to the extension of Molefe’s stay at Eskom and also for the board to deal “expeditiously” with the appointment.

Brown also requested to be given the full copy of the legal opinion obtained by Eskom.