Expectations for the Budget speech – VAT is where it’s at 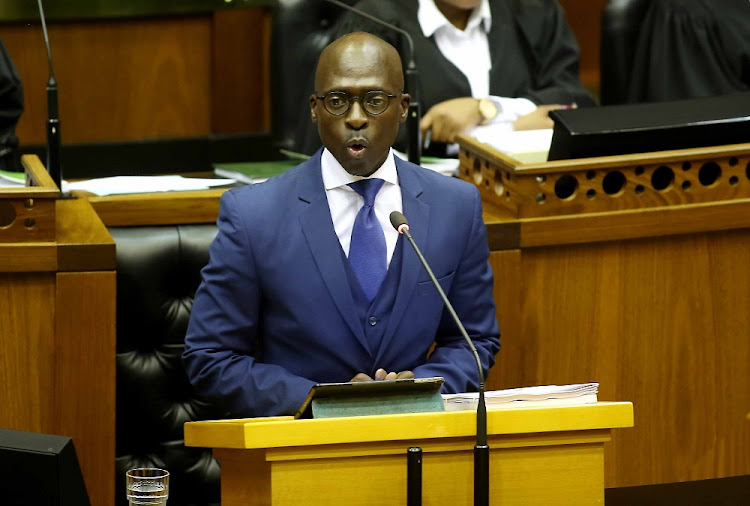 Key to Wednesday’s much anticipated Budget speech, will be Treasury’s economic projections – these are used as key inputs into the Budget process but it gives us an idea of where Treasury thinks the economy and inflation are going.

They only have two occasions per year to revise these and they’re often only catching up to the latest street estimates but it’s informative nonetheless.

At a high level, it’s also critical to see what is being done about fiscal consolidation – where is the budget deficit going and what is the trajectory for our sovereign debt? During the Medium Term Budget Policy Speech (MTBPS), the Finance Minister announced a significant step back from fiscal consolidation with a deficit of 4,3% for 2017/18 followed by a deficit of 3,9% in each of the next three years.

With ongoing budget deficits there is a need to finance the shortfall and the key question is where debt issuance and net debt levels are going? The MTBPS painted a much bleaker future for our debt situation with net debt set to peak at 55,6% in 2020/21 with gross debt peaking at 60% of GDP in 2022.

With rising debt levels comes greater debt-servicing costs and the MTBPS reflected R163bn set aside for interest payments in 2017/18 and R223bn in 2020/21, an 11% compound annual growth rate (CAGR) on a Budget growing at a 7,3% CAGR. These key metrics have influence over credit ratings, international capital flows, inflation and ultimately interest rates.

To restore the path of fiscal consolidation, Treasury has to increase revenue and reduce expenditure. Increasing revenue means increasing taxes and we will all be keenly watching for any changes to the following:

• The VAT rate – VAT accounts for 25% of budget revenue and increasing the VAT rate would make a significant contribution to the fiscus – it’s politically unpalatable, however, as it is a regressive tax and has the greatest relative impact on the poor. A variable VAT rate might solve the problem – high rates for Ferraris, lower rates for food – but the Davis Tax Commission has already considered the idea and it didn’t find their favour. Nevertheless, despite the protestations, VAT is the one tax lever that can be pulled to make a meaningful difference to tax collection.

• Adjustments to Personal Income Tax (PIT) – Treasury may accommodate bracket creep to a small degree or provide slightly more relief to lower income groups but it is unlikely Treasury will fully account for inflation, specifically in higher income groups. This will be net positive for the fiscus rather than the taxpayer. Last year we had the introduction of a new top marginal PIT rate of 45% for taxable income above R1,5m which garnered a couple of billion from 103k taxpayers. We could see more along those lines but while it would appear socially acceptable in an economy with such wide income inequality, it’s not going to fill the budget hole significantly.

• Dividend Withholding Tax could be increased again but it was increased last year from 15% to 20% and this makes up 2% of revenue and doesn’t move the dial.

• Restructuring the way fuel is taxed could make a difference to revenue. Treasury could remove the Zero VAT rate on fuel from FY2018/19 but then it would need to consider what to do with the general fuel levy of just over R3/l. An introduction of VAT on fuel and some reduction in the fuel levy would make one of the more significant possible contributions to the fiscus.

• Adjustments to “sin taxes” are a given but these are not a big contributors to tax revenue (Customs and Excise = 7%) – it is likely, however, that they will be increased at a rate above the inflation rate.

• Introduction of a wealth tax (an annual payment on assets) is unlikely but it is a possibility. Absa Research has suggested that by introducing VAT on municipal rates this would effectively amount to the same thing.

• Treasury won’t be punitive on social grants and will likely adjust all grants in line with inflation (remembering that inflation is lower now).

Should some of the above VAT adjustments be made by Treasury, households will feel it in their pockets. A higher VAT rate, VAT on fuel or VAT on municipal rates would all impact on disposable incomes.

We will also keenly be watching for any of the following:
• Any news on medical schemes credits; where are we headed with National Health Insurance?

• Funding of Eskom and the other State-owned enterprises, financing the public sector and the progression of the public wage bill. Cutting this sector is an imperative but there will be short-term repercussions for growth (and households) as some of that spending is removed from the economy. The longer-term benefits of a leaner public sector are very clear for the fiscus though.

The reworked MTBPS deficit forecast for 2017/2018 looks achievable but it is to the future course of the budget deficit that ratings agencies and market watchers will be observing with the most interest.

The story delivered by the Finance Minister needs to be achievable and believable and it must talk to a definite return to fiscal consolidation.

It’s going to be a tough ask to get the budget deficit below 3% over the next three years, but Treasury must show a firm commitment to reducing the deficit over the three-year budget framework.

Anything short of that will see Moody’s downgrade our country’s rating to sub-investment grade in a short space of time.