Dr Shezi is living out her passion 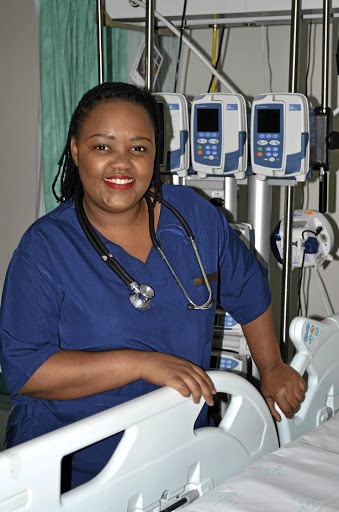 When Doctor Nomusa Shezi was in primary school she developed a passion for helping the most fragile in our society, the sick.

Raised by a father who is a pastor and a mother who works in the health sector, the spirit of community service and sacrifice was birthed in their daughter when she would be taken to health facilities which took care of people with HIV/Aids.

This saw the then nine-year-old Shezi dreaming of becoming a medical professional and wanting to find a cure for HIV.

"Back in the 1990s HIV was such a terrible disease to have because we didn't have treatment and young people being diagnosed almost felt like a death sentence.

"When I was growing up I felt like I had to do something beyond sympathising with my neighbours [whose loved ones had died].

"My dream at that time was to find a cure for HIV and help people," she said.

Now, more than 20 years later, Shezi, 32, has managed to partly achieve her dream as she is now a medical specialist, albeit a neurosurgeon.

Though the dream of finding a cure for the disease is no longer the focus, Shezi has made history by being the first black female neurosurgeon in KwaZulu-Natal.

She works at the Inkosi Albert Luthuli Central Hospital in Durban and her job sees her conducting operations on the brain and spinal cord.

"My job focuses on every disease that can affect the neuro-axis, whether it is a tumour, infection, degenerative diseases due to old age or trauma," said Shezi, who sees up to 100 patients a week.

The medical doctor completed her matric at Pietermaritzburg Girls High School in 2003.

In the following year she enrolled for a Bachelor of Medicine and Bachelor of Surgery at the University of KwaZulu-Natal's Nelson R Mandela School of Medicine. She completed her studies in 2008.

Her studies were followed by a two-year mandatory internship and one-year community service.

She joined the department of neurosurgery in Durban in 2012 as a medical officer and in 2013 enrolled to train as a specialist for four years to become a neurosurgeon.

"Upon completion and passing my exams, I then continued working as a medical officer in the department."

Shezi said her extremely demanding academic and professional schedule occupied most of her time.

"You have to be extremely cautious when handling the brain as every part of your body is represented in the brain.

"You have to be meticulous in your movements and precise in your incisions as there is very little margin for error, a small error might result in a patient being permanently disabled."

She advised members of the public to seek help early when having persistent headaches.

Shezi plans to stay in government while she completes her master's and then starting a unit within the department that is called functional neurosurgery, which deals with treating epilepsy that does not respond to medication, movement disorders and pain syndromes.