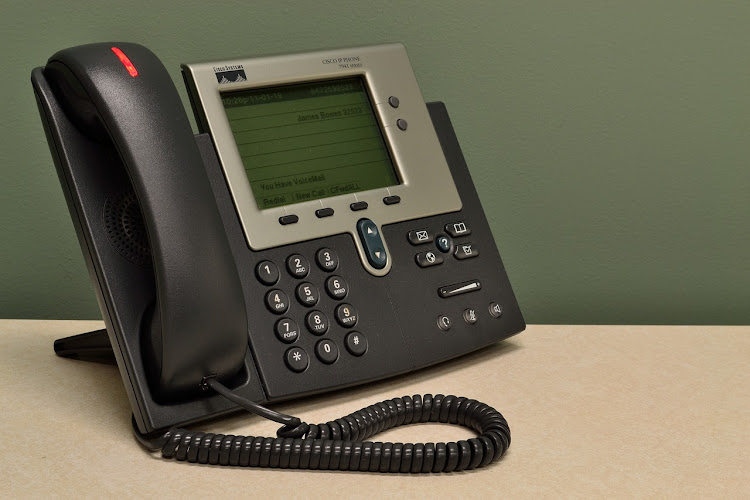 Medical practices and small businesses across the country were duped into signing a two-year contract for a listing in an obscure online business directory.
Image: Pixabay

I continue to get a steady stream of emails from the owners of medical practices and small businesses across the country who were duped into signing a two-year contract for a listing in an obscure online business directory‚ believing they were being asked to confirm or update their existing listings in the white and yellow pages which are run by Telkom’s directory partner‚ Trudon.

The latest crop includes a jeweller in Brits‚ a Port Elizabeth guesthouse and a towing company in Mpumalanga. And now they’re getting harassed by a debt collecting firm to pay up‚ and while the Advertising Standards Authority has ruled that the approach which the company calling itself Directories Services 2 makes to businesses is totally misleading‚ business owners are terrified of being blacklisted.

The amounts being demanded are not small - R7‚200 upfront for a R300 per month contract over 24 months‚ inflated by interest if not paid.

I have established that the debt collections agencies used - DDR Legal Collections‚ and more recently‚ NCR Legal Debt Collections - are owned by the same person who own the “not Trudon” directory listings operation - Ashwin Dwarika.

The one department tricks small business owners into committing to a two-year contract‚ and the other then badgers them to pay.

My media queries are ignored‚ but I was this week alerted to the fact that a fake Facebook profile had been created in my name‚ with a post in which “I” say that I have been “uninterrupted with” numerous emails and questions regarding a company called DDR Legal Collections.

“..After numerous calls to verify that their (sic) are an Existing Company Located in South Africa‚ a Collection Agency that works with the Debt Collection Attorneys. They act on behalf of Companys that have outstanding Debt. Standard Bank Has announced that it is a Legitimate Bussiness which has Branches in South Africa..” the fake I goes on to state.

I’ve been impersonated and misquoted many times‚ but a fake Facebook profile and post of me endorsing a dodgy debt collector‚ in unspeakably bad English - that’s a new low.

The Council for Debt Collectors‚ with which all companies operating as debt collectors are legally obliged to register‚ has confirmed that NCR Legal Collections registered with the Council last May.

“We have had many complaints about them‚” a spokesman said‚ “and we are investigating”. He urged affected businesses to lodge formal complaints with the Council. Go to www.cfdc.org.za for details.

Meanwhile‚ my advice to those who have been caught remains the same - ignore those “pay up” calls. Do nothing unless you get a summons with a court stamp and date.

I don’t know of a single case where judgment has been sought or companies “blacklisted” for non payment‚ and I’ve been covering this lot since 2015.

I’m sorry to have to tell you this‚ but you really can’t afford to trust anything a salesperson says. Not unless those words appear on a written contract or in a recorded conversation.

If there’s no record of what you were told or promised by the salesperson‚ you have no way of proving later‚ that you were horribly misled.

And if the lure of the commission makes their principles a little weak‚ and they know there will be no record of what they’re telling you‚ things may not end well for you.

Over the years I’ve heard countless versions of this story‚ such as the car salesman saying the car is a 2016 model‚ when the paperwork the customer didn’t scrutinise reveals it to be a 2015 model‚ and the gym consultant who assures someone about to commit to a gym contract for the first time that they can cancel at any time without penalty.

In John Parsons of Linden’s case‚ he signed a two-year contract with a fibre service provider on behalf of his residential complex - rather than opting for its competitors’ non-binding month-to-month contacts - having been assured by the salesman‚ verbally‚ that the company would pay the third party installer’s fee‚ their set-up fee and throw in a free router.

But none of the freebies materialised‚ Parsons says‚ and when he complained to a higher-up‚ he was told in no uncertain terms that there had been no such special offer.

“Being a trusting person‚ I did not ask for their offer in writing and received it only verbally‚ so I cannot prove my assertions‚” he told In Your Corner. So he’s stuck with the contract.

“Bear in mind‚ though‚ that I spoke to a total of 31 suppliers‚ so there was a limit to the amount of written matter I wanted.”

What he did have at his disposal‚ as do most of us‚ is a smartphone‚ and one of its many useful functions is voice recorder.

I’d love to see more consumers using that function to protect themselves from false promises.

It requires little to no effort and costs nothing.

The next time you’re given an assurance; a juicy deal-clincher which isn’t in the contract‚ or you’ve yet to see the contract‚ whip out your phone and breezily ask the salesperson to repeat that “for my records”.

If they won’t‚ you’d do well to regard that as a great big pulsating red flag. 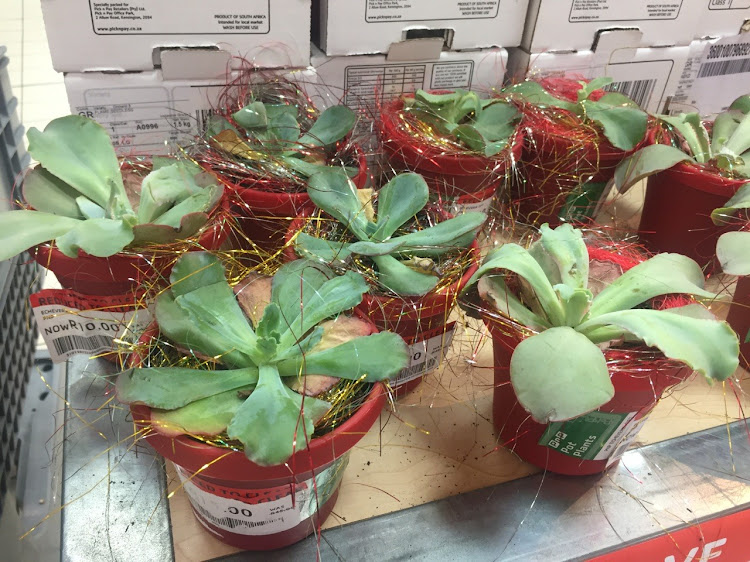 THE PARTY’S OVER: These very sad looking‚ bone dry succulents‚ still encased with tinsel‚ were marked down from R45 to R15 and then to R10 in my local Pick n Pay last week‚ a stark reminder that the festivities are well and truly over.