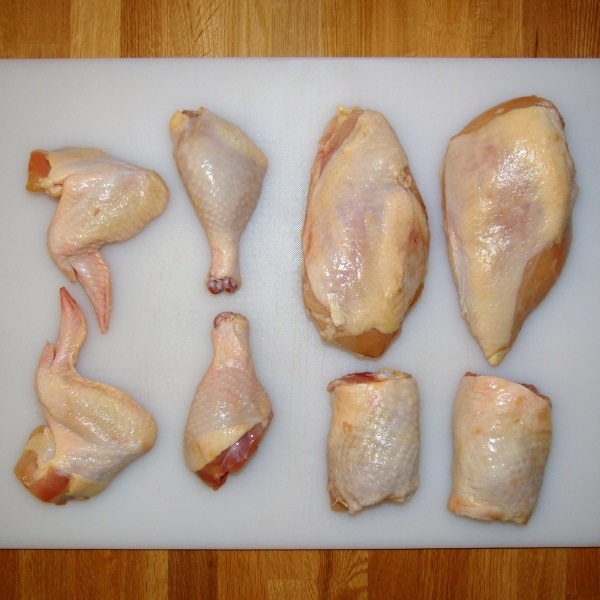 It’s not often that the government gets accused of being overzealous in its food safety measures‚ but that was the claim made by the Association of Meat Importers and Exporters in court papers lodged with the high court in Pretoria.

The association’s David Wolpert said the Department of Agriculture‚ Forestry and Fisheries (DAFF) has‚ since May 2016‚ insisted on testing all consignments of frozen raw meat entering Durban’s port for bacteriological contamination‚ despite this not being scientifically or legally warranted.

The bulk of the frozen meat entering Durban’s port is chicken mainly from the European Union (currently on hold because of the avian flu outbreak) and Brazil‚ mechanically deboned meat from Brazil‚ pork from the EU and lamb from Australia‚ Wolpert told TimesLive.

And because the department lacks the capacity for that amount of testing – a 1 000% increase in samples that have to be taken‚ transported and tested - Wolpert argued‚ meat consignments were being held up in the port pending the test results.

More alarmingly‚ he alleged in court papers that the lack of testing capacity - including inadequately trained people at the port‚ re-using equipment and the use of unrefrigerated vehicles to transport the samples - severely compromised the accuracy of the results.

Cross-contamination of samples also led to them testing positive for organisms such as salmonella‚ when they were not contaminated‚ Wolpert claimed.

The association asked the court to set aside the department’s implementation of across-the-board testing of all consignments of imported meat entering Durban port‚ pending the finalisation of the department’s veterinary procedural notice on how to deal with meat testing in future.

The association argues that the department has not provided any scientific justification for the increased testing and that it was not necessary to protect human life. Random sampling and testing‚ as was the case until March 2016‚ complied with South Africa’s international trade obligations‚ Wolpert said.

The Khoisan and slaves are the people South Africans need to thank for our national love of braai meat‚ biltong‚ droëwors and bredies.
Good Life
3 years ago

In terms of the Meat Safety Act‚ the department has the power to prescribe how meat testing should be undertaken‚ including its frequency and scope.

The World Trade Organisation’s policies regarding food safety‚ especially with respect to imported pests and diseases - including salmonella in chicken - state that randomised or targeted sampling is appropriate‚ the association argues.

The head of the Food Science department at Stellenbosch University‚ Professor Gunnar Sigge‚ said while the department had the right to impose stricter testing‚ it was unfounded if not necessary or based on a risk assessment.

“Also‚ if the equipment used for sampling is not sterile‚ the results will be compromised‚" he said. “And if the storage and transport conditions are not correct and controlled‚ that would also compromise the results. A very low bacterial count could increase drastically if the sample was not kept at the correct temperature‚ giving a false-positive. If the sampling‚ storage and transportation of samples cannot be guaranteed‚ the results are worthless.”

Wolpert said the association believed that there should be no compromise on food safety. “But DAFF must ensure that infrastructure and controls are in place for increased testing so that consumer will not have to finance increased testing processes.”

The original court date was set down for December 15 but the association agreed to an extension until January 22.

“We hope to reach a workable compromise which would satisfy both health and economic requirements‚” Wolpert said. “This could then be made an order of the court.”

Department officials had been “very approachable” and had already made some concessions‚ Wolpert added.