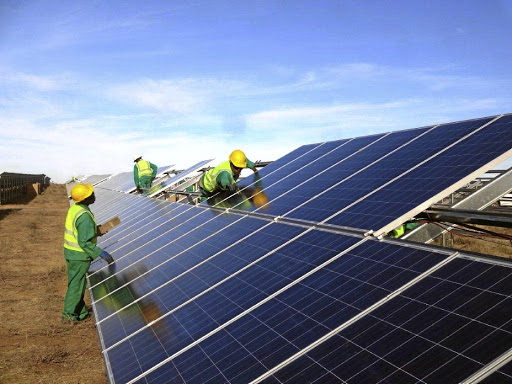 A solar panel plant in the Karoo. A new study is focusing on the impact of such plants on the environment. / LONI PRINSLOO

More ordinary South Africans may soon feel the impact of losses suffered by Steinhoff International as its shares continue to plunge on the stock markets.

Steinhoff shares plummeted by more than 60% this week following the resignation of chief executive Markus Jooste after it emerged that the company was under investigation in Germany for alleged accounting irregularities.

The Public Investment Corporation (PIC), which manages pensions of government employees, one of the biggest investors in Steinhoff, has already lost billions in retirement savings.

The global furniture and clothing retailer, which trades on both the JSE and German stock market, was also one of the biggest employers in SA's retail sector through companies such as Shoe City, Pep Stores, Dunns and Ackermans.

"We are deeply concerned about the implications of this matter on our members.

Sactwu has thousands of members who work in companies ultimately owned by the Steinhoff Group," Sactwu secretary Andre Kriel said in a statement. Kriel said they had called the meeting in order "to be briefed on the implications of these recent developments on our members."

Meanwhile, labour federation Cosatu has called for "swift and decisive action" in investigating what transpired.

"All those implicated in corruption and unethical behaviour should be prosecuted and sent to prison," the federation's Sizwe Pamla said yesterday.

Pamla said Cosatu was concerned because many of the workers retirement savings were invested in the company.

"PIC has already lost billions of workers retirement savings through this
corruption and we want the criminals responsible to be prosecuted and their assets seized," Pamla said.