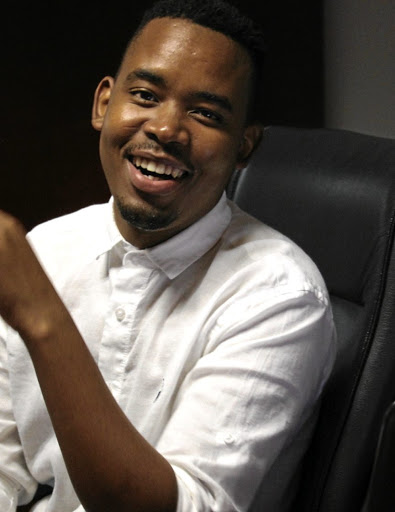 Entrepreneur Sello Ramosepele was on the verge of giving up on his talent search programme just hours before he received a nomination for the Arts and Culture Trust Awards.

Arts and Culture Trust (ACT) is an independent funding and development agency.

"[The nomination] came as an affirmation [of my work]. I had almost given up on the programme," he said.

His work has seen him nominated for ACT awards in the Impacts category. His fellow nominees are founder of Mosa Media and Book Distributor Thabiso Mofokeng and choreographers Elvis Sibeko and Byron Klaasen.

The winner of the Impact award category will take home R5000 while the biggest pay cheque, R30000, goes to the recipient of the Lifetime Achievement Award.

"We have the contestants sit as part of the audience then randomly ask them to perform their pieces for us. The judging panel is myself and members of the community."

Gibson Kente better known as the "Father of Theatre" in South Africa‚ will be honoured with a musical tribute commemorating his life and legacy this ...
Entertainment
4 years ago

The 30-year-old from Rustenburg, North West, said he started the programme to help scout for musical talent in places outside urban areas.

"We go to the most rural of places. After we select a winner, we record a once-off single with them and help them form relations with radio stations and other media.

"We also teach them how to market themselves. Many of them use social media but do not know it can be used as a marketing tool. They can decide [after the showcase] if they want to continue with music," Ramosepele said.

The talent search has had two roadshows in Rustenburg and Lesung, a rural community north of Rustenburg.

"In Rustenburg we had a transport sponsor, so we got people from rural places like Phokeng and Moruleng. We had 50 people for the first show and just over 75 for the second show."

Ramosepele, who studied music theory at the Royal Music Schools in KwaZulu-Natal, recently graduated from the University of South Africa with a certificate in digital marketing.

"I studied online and wrote exams online as well."

Now based in Joburg, Ramosepele said he was inspired to study music after he watched Dutch violinist and conductor Andre Rieu perform in SA a decade ago.

A busy-bee that he is, Ramosepele also runs a PR agency Braam Vibes Publicity, and does free consultancy work for various NGOs.

"I do marketing for the NGOs. They do an amazing job and no one gets to know about it."

He conceded to benefiting from tax concessions by SA Revenue Service through his pro bono work at the NGOs.

"I worked for Sun City and did their guest relations when I was in matric. I would greet guests, show them around."

For a while Ramosepele used to earn money from private PR jobs and sponsorships.

"I started a blog Braam Vibes, which gained popularity. Then it moved on from just being a blog. There are companies that pay me for partnering with them because of my social media influence."

Ramosepele, who grew up with three siblings, enjoys theatre and travel.