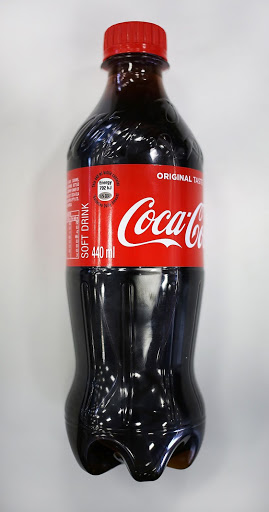 The “buddy” Coke size has been reduced to 440ml and there will be no more 500ml bottles on the shelves after November‚ as Coca-Cola attempts to cut its customers’ sugar consumption.

The traditional 330ml Coke cans will soon have a volume of just 300ml.

Some consumers are angry at being asked to pay the same amount of money for less Coke in what is called “shrinkflation“. But Coca-Cola said in a press release it is “making controlling sugar easier“.

Cape Town resident Nathan Adams said he was “not happy at all to pay the same price for less“.

A TimesLIVE reporter bought a new‚ 440ml bottle at a garage store for R11.50‚ the same price as the 500ml bottle was sold for at the same shop last week.

The proposed sugar tax‚ that has put growing pressure on manufacturers of sugary drinks‚ may have played a role in forcing manufacturers to reduce how much sugar is in their products.

The Beverage Association of South Africa (BevSA)‚ which represents the sweetened drink industry‚ said earlier this year a sugar tax was not a good idea‚ but proposed that the industry players would instead change their products.

In April BevSA executive director Mapule Ncanywa said: “The industry had already committed to reducing calories consumed from sugar-sweetened beverages by 15%‚ through reformulation‚ changes to pack sizes and offering low- and no-calorie options.”

Roger Gauntlett‚ the general manager of Coca-Cola South Africa‚ said in a statement the new size was intended to reduce consumers’ sugar intake.

“We’re rethinking many of our drinks and package sizes around the world to reduce calories and sugar and reflect the changing tastes and dietary preferences of our consumers‚” he said.

However‚ sugar tax proponents are not pleased.

A 440ml can still contains about 11 teaspoons of sugar.

Professor Karen Hofman‚ the director of PRICELESS SA at the Wits School of Public Health‚ is a vocal proponent of the sugar tax. She sardonically said: “The question to ask is whether they will produce a huge label on the front of the Coke‚ for the sake of transparency‚ that says ‘ONLY’ 11 teaspoons of sugar?”

The World Health Organisation‚ who also called for a sugar tax‚ says the best option for health was if people consumed roughly six teaspoons of sugar a day.

Nombuso‚ a TimesLIVE colleague who wants to be identified only by her first name‚ said she used to buy 500ml bottles but‚ because she could no longer find them after going from shop to shop‚ she today bought a one-litre bottle instead.

Aviva Tugendhaft‚ also from PRICELESS SA‚ said 500ml Coke drinkers could switch to a one-litre bottle and 300ml drinkers might switch to the new 440ml size.

“This is just one of [producers’] usual tactics. Yes‚ those who consumed the 500ml previously may now consume 440ml‚ but they will also push those consuming the 330ml to consume the 440ml. They will plug a lot of the marketing activities into the new ‘reduced buddy size’‚ thereby converting 330ml drinkers‚ while getting positive coverage for being ‘more responsible’. At the end of the day people will be drinking MORE sugar‚” she said.

But Coca-Cola maintained in a statement that its changes meant South Africans were drinking less sugar: “In South Africa over the last three years the Coca-Cola system has reduced the average sugar content across the portfolio by 16%. Through their continuing reduction efforts they aim to reach a total of 22-24% by the end of 2018. This is ahead of industry commitment of a 14 to 18 calories per person per day reduction by 2018.”