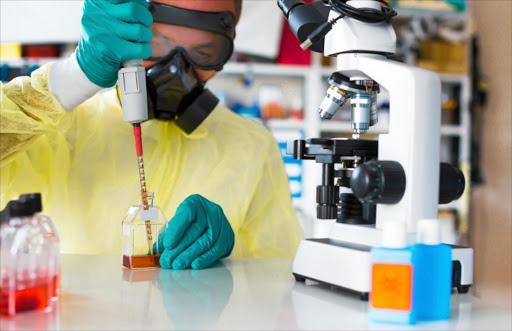 The best way to optimally fund the National Health Laboratory Service (NHLS) would be for the national Department of Health to have a budget allocated to the service.

This is the view of the acting CEO of NHLS‚ Prof Shabir Madhi‚ whose organisation was hit by a strike‚ resulting in a near total-shutdown of its laboratories.

The NHLS‚ Africa’s largest laboratory service‚ has been in crisis‚ long before last week’s strike.

It is owed billions by provincial health departments‚ operates on outdated equipment as a result and senior staff are leaving because of financial uncertainty and there is a backlog of some tests.

And there is instability in the management ranks as both the CEO‚ Joyce Mogale‚ and chief financial officer‚ Sikhumbuzo Zulu‚ were suspended in February while two other managers resigned before they were due to face disciplinary hearings last month.

In addition to that‚ the head of procurement and the facility manager at the service had cases opened against them for corruption.

Both of them resigned on the day of their disciplinary hearing last month.

One of the unions has suspended the strike and some workers returned to work on Wednesday.

Madhi said the service had also not been able to invest in new equipment to ensure the smooth running of the NHLS because of the non-payment of services by the departments.

Last year alone‚ Gauteng accumulated a debt of R780-million. This year alone‚ each month Gauteng consumes R154-million worth of services each month and they are paying the NHLS R100-million per month.

“The best model for the funding of NHLS would be for it to get a grant from the Treasury‚” Madhi said.

He said for the new funding model to succeed‚ NHLS would need to determine what tests need to be done.

“Presently‚ provincial departments decide what needs to be done. They would send samples without considering the costs and whether the testing is required‚” Madhi said.

“More senior staff start leaving and this creates a backlog. The financial problems do not allow us to retain staff and invest in new technology. Our IT system is outdated by at least five years as we do not have money to invest‚” Madhi said.

The rest of essential tests were performed by private laboratory services‚ which charged NHLS lower tariffs.