A new spin for robotic vacuum 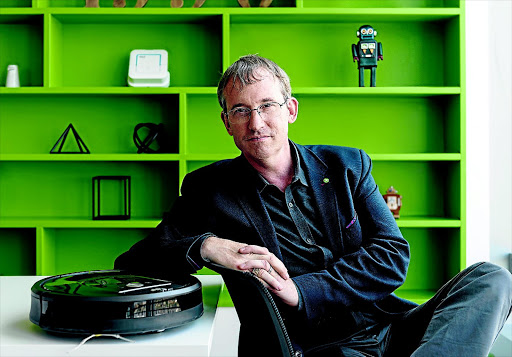 The Roomba robotic vacuum has been cleaning floors for years, but its future may lie more in collecting data than dirt. That data is of the spatial variety: the dimensions of a room as well as distances between sofas, tables, lamps and other home furnishings.

Smart home lighting, thermostats and security cameras are already on the market, but Colin Angle, chief executive of Roomba maker iRobot, said they were still dumb when it comes to understanding their physical environment.

He thinks the mapping technology currently guiding top-end Roomba models could change that and is basing the company's strategy on it.

"There's an entire ecosystem of things and services that the smart home can deliver once you have a rich map of the home that the user has allowed to be shared," said Angle.

That vision has its fans - from investors to the likes of Amazon.com and Apple - who are all pushing artificially intelligent voice assistants as smart home interfaces.

Financial research firm IHS Markit has stated that the market for smart home devices was worth $9.8-billion (R127-billion) in 2016 and is projected to grow 60% this year. So far, investors have cheered Angle's plans, sending iRobot stock soaring to $102 in mid-June from $35 a year ago, giving it a market value of nearly $2.5-billion on 2016 revenue of $660-million.

However, there are headwinds for iRobot's approach, ranging from privacy concerns to a rising group of mostly cheaper competitors - such as the $300 Bissell SmartClean and the $270 Hoover Quest 600 - which are threatening to turn a once-futuristic product into a commoditis ed appliance.