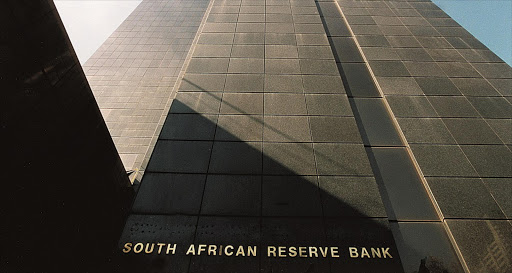 The SA Reserve Bank tells us how it is. / Robbie Tshabalala. © Financial Mail.

The rand was weaker against global currencies on Thursday morning as markets awaited decisions from central banks.

The local market is waiting for the Reserve Bank’s decision on interest rates in the afternoon. The Bank is expected to keep the repo rate on hold at 7%‚ despite a favourable inflation trend.

On Wednesday‚ Statistics SA reported that annual consumer inflation for June had slowed to 5.1%‚ from 5.4% in May.

NKC Research analyst Elize Kruger said the favourable inflation trend‚ resilience of the rand and “the dismal state of the economy” were building a case for some monetary policy easing in the second half of 2017.

Public Protector Busisiwe Mkhwebane’s earlier suggestion‚ which was later retracted‚ to have the Bank’s mandate reviewed‚ “could‚ in essence‚ imply that inflation targeting as a monetary policy framework could be dropped and the Bank would lose its independence to some extent“.

“That will probably act as a deterrent to monetary policy loosening in the short term‚” said Kruger.

Investors are also waiting for the European Central Bank’s (ECB’s) announcement later in the day.

Dow Jones Newswires reported that the focus would be on fresh guidance from the ECB towards tighter monetary policy.

The Bank of Japan (BoJ) announced earlier that it had kept its monetary policy steady.

The JSE opened firmer on Thursday as the market awaited rate decisions by the South African Reserve Bank and European Central Bank (ECB) later in the day.

Rand hedges were supported by a marginally weaker rand while banks and retailers were up in risk-on trade. Naspers was up for a second consecutive session.

Although no changes in rates are expected‚ analysts will be watching the tone in commentary from both banks for developments during the rest of the year.

A cut by the Reserve Bank‚ based on lower inflation‚ is expected towards the end of 2017 or early 2018‚ while the ECB is set to provide more information on the phasing out of its accommodative policy stance.

The ECB’s 60bn a month asset repurchasing programme expires at the end of 2017 and traders are looking for clues regarding what comes next‚ said Oanda analyst Craig Erlam.

He said the most likely decision‚ despite the central bank still falling well short of its inflation target‚ would be to cut its purchases by another 20bn as it did in April and extend by another six months.

“The risk today comes if ECB president Mario Draghi puts his dovish hat on and suggests the programme could simply be extended in its current form‚” Erlam said.

Naspers rose 0.94% to R2‚805.01 with Nedbank Corporate and Investment Banking analysts attributing its strong performance over the past two sessions to a rise in its Tencent investment‚ of which Naspers owns a third. Chinese authorities placed censorship restrictions on WhatsApp‚ which is the biggest competitor of Tencent’s WeChat in China.