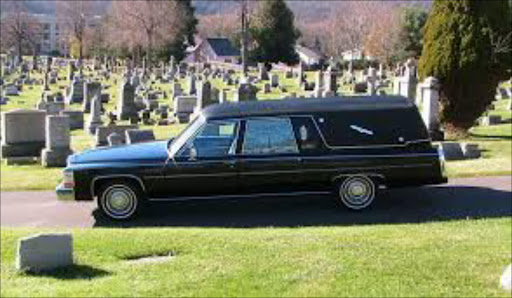 Grieving families will have no defence against unscrupulous touting by funeral parlours who prey on them when they lose loved ones in hospital.

That’s thanks to a ruling by the National Consumer Commission which has rejected an application for a funeral ombudsman to oversee the industry‚ leaving the more than R4.5-billion industry without a code of conduct and without limitations on touting for business.

The Funeral Industry Regularity Authority (FIRA) has been lobbying to act as an ombudsman to prevent “atrocities” including undertakers paying commissions to hospitals‚ hospices and priests to secure bodies for them.

“After FIRA’s draft industry code of conduct was published for public comment‚ the NCC learnt from comments it received that the applicant did not enjoy support from the industry‚ and that the industry did not agree with the applicant on the contents of the FIRA’s draft code‚” National Consumer Commission spokesman Trevor Hattingh said on Thursday.

The Funeral Federation of South Africa said its own initiatives would take the “funeral industry to a higher level“.

It has been working with SETAs to address training as there are no qualifications offered for funeral directors and will establish a professional body to comply with the South African Qualification Authority’s standards.

“This process of drawing up policies‚ procedures‚ a career path and continuous professional development for all stakeholders in the industry is currently underway. Part of the SAQA requirements call for an industry code of conduct which includes disciplinary processes‚ and a legal expert has been appointed to assist with the drafting of this code‚” the federation said.

But FIRA has said the rejection has left them undeterred. It will continue to lobby for an ombudsman and wants to discuss its concerns with Trade and Industry Minister Rob Davies.

“We will use financial‚ funeral‚ labour‚ civic and social alliances‚ religious fraternities and traditional leaders to mobilise support for FIRA as an funeral association of choice not only to protect communities but also advise on value added services to assist government‚ industry and the public at large on how to regulate‚ transform and develop this multi-billion rand sector to the benefit of all stakeholders‚” said FIRA chairman Johan Rousseau.

He said FIRA had already been inundated with complaints against unscrupulous undertakers.

Reports on the industry say holding bodies for ransom is a common practice that arises when hospitals and morgues establish relationships with certain funeral parlours.

The FinScope Consumer Survey 2015 revealed that many informal funeral parlours lacked general business skills and were using insurance premiums for cash flow to establish their business and acquire business assets.

Respondents to the survey from the Eastern Cape‚ Gauteng and KwaZulu-Natal told the researchers that funerals had become a “social competition” as there was an emphasis on catering for guests.

One family had spent R80‚000 for the ceremony‚ the report noted.

The families told researchers they had not gone to the police or court to bring shady funeral parlours to book because they had been mourning and did not want arguments.

However‚ they all saw a need for the industry to be regulated‚ with some suggesting an ombudsman.