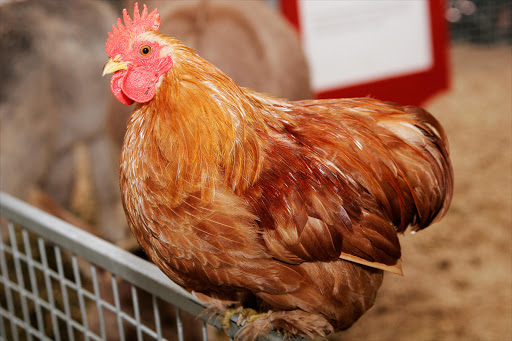 It was business as usual for chicken traders opposite the busy Pan Africa mall in Alexandra‚ in northern Johannesburg‚ on Tuesday — despite the national ban of sale of live chickens announced by government.

The department of Agriculture‚ Forestry and Fisheries (DAFF) introduced the ban on Monday to try to contain an outbreak of the highly contagious bird flu‚ H5N8‚ which was spotted in Mpumalanga and the Free State.

Should the spread become a national crisis‚ finding a way to feed four children is the main concern of Alvina Khuphe.

A street vendor whose sole income comes from selling chickens‚ she said: “I am aware of the outbreak; it is a scary thing for me because my livelihood depends on this job.”

“I have no idea how I will take care of my family if I lose this job‚ I might even sell tomatoes on the streets‚” said Khuphe.

Elda Mathebula is among those trading in live chickens in the streets of Alex.

Mathebula told TimesLIVE that she did not know about the spread of bird flu but was disturbed to learn about the ban and the spread itself.

“Government must really do something about this; what will we tell our children if we can’t afford bread because of this? They — the Department of Agriculture — should have seen it coming and prevented this mess‚” she said.

A supplier of live chickens‚ Suleiman Jeena‚ is concerned he may have to lay off his employees if the situation worsens.

“We will have to wait and see what happens‚ but if push comes to shove I will have to let go of them‚ as I won’t be able to afford to pay them‚ come month end.

“We are worried as this is our bread and butter.

Jeena says he travels across the country to get the best value for money on his stock.

“I go around looking for the cheapest and healthy chickens for my customers‚ that being Potchefstroom‚ Mpumalanga‚ Kroonstad‚ and sometimes Bloemfontein‚” Jeena said‚ while sighing.

H5N8 is a rapidly spreading viral disease that can infect many types of birds. It exists naturally in many birds and can be transmitted by coming into contact with infected animals or through ingestion of infected food or water.

In 2011-2012‚ over 50 000 ostriches were culled due to an outbreak of the avian flu virus. A Business Day report stated the government had paid out R50 million in compensation to farmers.

The value of the chickens due to be culled this year is not yet known‚ nor whether compensation will be paid and how much.