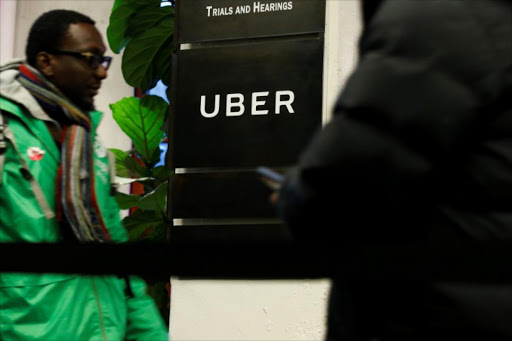 A U.S. judge on Thursday called for an investigation into allegations of trade secret theft that were raised in a court battle between Silicon Valley giants Uber [UBER.UL] and Alphabet

The rulings are a setback for Uber as it tries to gain an advantage in litigation with serious strategic and financial consequences in the nascent field of autonomous technology. The ride services company failed to remove the ongoing case from public view and now faces the prospect of getting caught up in a fresh criminal probe.

The acrimonious trade secrets battle could determine the future of Uber's self-driving car operations and the strength of Waymo's toehold in the sector. Alsup filed his injunction opinion temporarily under seal, so its scope and details could not immediately be learned.

The case hinges on over 14,000 confidential files that Waymo, formerly Google's self-driving car program, alleges were stolen by former Waymo employee Anthony Levandowski before he left the company.

Levandowski, who is not a defendant in the civil case, subsequently co-founded self-driving truck start-up Otto that was acquired months later by Uber.

Waymo claims the stolen information made its way into Uber's Lidar system, a sensor that uses light pulses to "see" the environment. It alleges the documents allowed Uber to fast-track its own technology and avoid years of costly research.

In referring the case to the U.S. Department of Justice for investigation of possible trade secret theft, Alsup said he took "no position" on whether a criminal prosecution was warranted. In his arbitration ruling, however, the judge noted the record contained "ample evidence" that Levandowski breached his duty of loyalty to Waymo.

Uber declined to comment on Alsup's request for a separate criminal investigation into the theft allegations. In a statement the company said "we remain confident in our case and welcome the chance to talk about our independently developed technology."

Uber has not denied that Levandowski took Waymo's documents, but says they never made their way to Uber, nor into its own designs.

Representatives for the Justice Department could not immediately be reached for comment, nor could attorneys for Levandowski. The engineer has not commented publicly on the allegations.

Reuters reported last week that the Justice Department had begun a separate criminal investigation into Uber's use of a software tool that helped its drivers evade local transportation regulators.

In a statement, Waymo said Uber's bid to have the civil case heard in private by an arbitrator, not a jury, was a "desperate" attempt to avoid the court's jurisdiction. Unlike court proceedings, which are largely conducted in public, arbitrations take place behind closed doors.

Because Levandowski was not a defendant in the case, Uber could not use his arbitration agreement with Waymo to force the trade secret claims into a private forum, Alsup wrote.

The Alphabet unit asked Alsup to issue an injunction preventing Uber from using Waymo's trade secrets, and Levandowski from working on Lidar.

Complicating Uber's task is the fact that Levandowski has invoked his constitutional right against self-incrimination and has refused to testify.

Alsup wrote that Levandowski's position "has obstructed and continues to obstruct both discovery and defendants' ability to construct a complete narrative as to the fate of Waymo's purloined files."

Uber had already announced that Levandowski would step aside from working on Lidar while the case was being litigated, and said the company would agree to a court injunction that formalized that arrangement.

However, Waymo sought a broader injunction that would prevent Uber from using a series of its trade secrets.