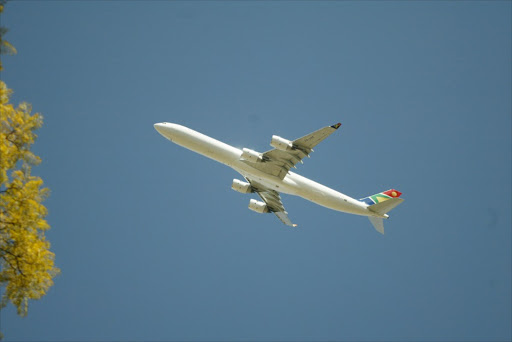 With the broader implications of last week’s cabinet reshuffle in South Africa still being digested, capital markets have been quick to react. It took only a few days for S&P to formally report on its rating action in which it downgraded South Africa’s foreign currency government debt to sub-investment grade status.

S&P cited as its concerns changes in the country’s executive leadership. It believes this has put policy continuity at risk which in turn increases the likelihood that economic growth and fiscal outcomes could suffer.

Not to be lost in this chain of events is the significant role played by South Africa’s state owned enterprises.

S&P highlighted this in its note on the downgrade. Its main worry is that plans to improve the underlying financial positions of parastatals such as Eskom, South Africa’s massive power utility, may not be fully implemented. This is critical, as S&P has forecast government guarantees used to underwrite public enterprise liabilities reaching R500bn by 2020. That’s roughly 10% of South Africa’s current GDP.

No doubt S&P had in mind the continued investment in expensive state sponsored power generation programmes. These are contracted to Eskom for off-take, but must be underwritten by government guarantees to secure financing. Even more troubling is the fact that existing low-cost facilities are to be retired ahead of schedule. This is to make room for the new found excess in power generating capacity.

Regulations are being ignored

It’s important to keep in mind that the overhang of government guarantees by itself wouldn’t necessarily have led to a ratings downgrade. With the right governance structures and regulatory frameworks in place, state owned enterprises could be transformed from a liability to an asset. They could then support relatively high levels of debt for investments done on a prudent and value adding basis.

But there’s been little evidence of positive movement in this area. And it should come as no surprise that, at the moment, S&P sees state owned enterprises as risks — not enablers.

As a glaring example, take the National Energy Regulator South Africa decision on tariffs for Eskom. The North Gauteng High Court found that the regulator had deviated from its own set of regulatory rules in setting the tariffs. The regulator has since been granted leave to appeal that decision, arguing that the deviation had little practical effect. In effect it argued that the end justified the means.

While the argument put forward by the regulator may have some factual basis, the real issue is that it has shown little real concern over the general lack of procedural fairness and transparency applied to its decision making process. It will be interesting to see how the Supreme Court of Appeal views the matter on review.

The decision over airports tariffs is another disturbing example of poor regulatory processes. In December last year Airports Company of South Africa, which regulates the sector, called for a 35.5% decrease in airport charges. Despite concerns previously raised by credit rating agencies over the lack of transparency in setting airports tariffs, the regulator is yet to publish the basis of its decision, or any of the underlying analysis that would have informed its tariff order.

S&P’s downgrade decision doesn’t represent a consensus view of the global rating agencies. Importantly, Moody’s has so far stopped short of issuing a downgrade. Instead, it’s opted to place South Africa on review to determine if recent events signal a fundamental weakening of the country’s institutional, economic and fiscal strength.

The newly appointed Minister of Finance Malusi Gigaba was quick to respond to these concerns. Importantly he’s recognised the value of putting forward the case for South Africa cogently and systematically.

He also highlighted the fact that National Treasury will be focused on reversing the triple challenges of poverty, unemployment, and inequality.

Rating agencies would no doubt support these aims, and recognise the fundamental importance of achieving them.

What’s been lost in stating the case for South Africa is a tangible plan for strengthening governance and regulation of its state owned enterprises. With the public sector playing a huge role in the nation’s overall economy, well designed regulatory frameworks need to be articulated by government, implemented by its officials, and embraced by those entities to which they apply. This isn’t overly difficult or costly - it only takes the policy appetite to do so.