What does junk status mean for your wallet? 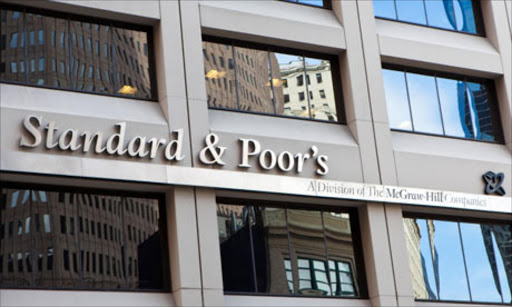 South Africa’s foreign debt was downgraded by one of the three rating agencies Standard & Poor’s.

A downgrade to junk status means S& P is saying that the likelihood of debt that is in foreign currency being repaid is very low. The government borrows money almost monthly to help pay its bills.

Most government debt is in rands. Only about 15% is in foreign currency and this debt is now at junk status.

What does this downgrade mean for the rand?

The rand dropped to R13‚70 — its lowest level since January 16‚ just after the announcement. It bounced back a few hours later.

Analysts say the rand will continue to weaken. A lot of local and foreign investment funds that invest pensions or savings into debt are not allowed to do so in places that have junk status in case they lose the money. Christie Viljoen‚ senior economist at KPMG South Africa‚ said this decision will mean investment funds will sell their debt as they are mandated to place their money in investment-grade jurisdictions only. Reuters news agency reported that as much as $10 billion dollars could leave the country.

Forex trader Simon Brown explained that as more people sell rands and buy other currencies instead‚ the value of the rand drops.

What does the downgrade mean for petrol and food prices?

The raw ingredient of petrol is oil‚ which is bought in dollars‚ so when the rand weakens‚ oil prices rise and so does the petrol price. The knock-on effect of a weaker rand is higher transport costs. Higher transport costs affect the price of everything moved by trucks – from food to imported goods and anything you buy at a shop.

Food is traded on international markets in dollars. The prices of rice‚ maize‚ sunflower oil‚ wheat and sugar are set in dollars. That is why a weaker rand means we pay more for food‚ especially if it is imported.

Economist Dr Azar Jammine said: “If the rand goes into freefall and reaches R16 or R17 to the dollar‚ inflation will rise‚ so will food prices and the petrol price will rise. Households will suffer.”

What does it mean for your credit card‚ short-term loan‚ car loan or home loan?

When giving their reasons for downgrading the SA government’s foreign debt‚ Standard & Poor’s predicted that interest rates would rise‚ regardless of their downgrade decision.

“We think that ongoing tensions and the potential for further event risk could weigh on investor confidence and exchange rates‚ and potentially drive increases in real interest rates.”

If interest rates go up‚ as S& P expects‚ the cost of borrowing goes up. It increases your credit card repayments and the amount you need to pay the bank every month for your short-term loan or car and home loan.

Brown said: “The real effect of the downgrading will be on the up-and-coming middle class who are teetering on the brink of making the middle class. Suddenly their debt becomes more expensive and they can’t afford it and their home is foreclosed‚ or they have their cars taken away by the bank [due to missing repayments].”

Analysts also expect inflation to rise as a result of S& P’s decision and the Reserve Bank often hikes interest rates in response to higher inflation.

What does it mean for taxes?

Food‚ petrol‚ and the cost of your loan won’t be the only things going up. Taxes could also rise.

The government borrows almost monthly to pay its bills as it spends more than it earns. Many institutions such as banks are not allowed to invest in junk status debt. “So the government will need to borrow from people who are willing to invest in higher risk debt and this is more expensive. It’s almost like going to loan shark for debt‚” explained Brown.

Junk status ultimately means the government will pay much more to borrow money. The government then has two choices: to cut spending or increase taxes to cover the extra costs spent on debt.

“It means more taxes in the end‚” said Brown.

Taxes are usually adjusted when the annual budget is unveiled in February and are normally implemented in April‚ so a potential increase will likely not affect South Africans for a year.

What does it mean for government spending on grants‚ education and fixing roads?

In plain English‚ this means just over 4% of GDP would go to interest repayments‚ before even paying off the actual debt.

That means there is less money for all other government spending on education‚ health‚ the actual debt‚ social grants and infrastructure.

Probably more bad news. The other two international rating agencies have put out statements with dire warnings about downgrades.

Within hours of S& P’s announcement on Monday‚ Moody’s said it could downgrade South Africa’s status in the near future.

Moody’s said: “Changes within a government do not generally signal material changes in a country’s credit profile. Here‚ however‚ the timing and scope of the reshuffle raises questions over the signal they send regarding the prospects for ongoing reforms‚ the underlying strength of South Africa’s institutional framework‚ and the fragile recovery in the country’s economic and fiscal position.”

Fitch said on Friday that it was changing its outlook on South Africa from stable to negative. “Political risks to standards of governance and policy-making have increased‚” Fitch said in a statement.