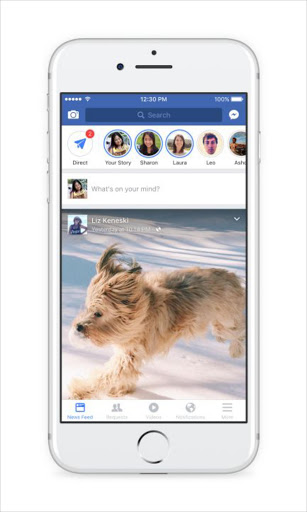 Social network Facebook is integrating its temporal Snapchat-like Stories format into the main Facebook mobile app, with photo filters part of the action.

Content created using the Stories feature remains available for a limited period of 24 hours, while a number of special photo filters are pulled in from sponsorship campaigns or activated by meeting certain location-based criteria.

Both aspects of Stories have been well associated with Snapchat, itself built on the concept of temporal messaging and a challenger to older social networks; Snapchat Stories was introduced in 2013, with geofilters arriving in 2014 and sponsored geofilters in 2015.

The ephemerality of Facebook Stories encourages users to check their Facebook timelines on a frequent basis; positioning the tool at the top of the Facebook app emphasizes the seriousness with which Facebook is taking Snapchat's challenge.