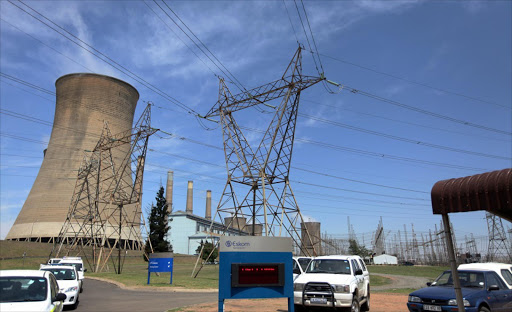 A Eskom board decision to shut down five power stations — Hendrina‚ Kriel‚ Komati‚ Grootvlei and Camden — has outraged the Congress of South African Trade Unions.

“(This) is not just an arrogant decision‚ but a hostile act of provocation directed at workers and their unions‚” said Sizwe Pamla‚ Cosatu’s national spokesperson.

Pamla said the union federation will seek a meeting with Eskom and government to discuss the “unacceptable decision“.

He lashed out‚ saying: “It appears that Eskom makes decisions with no vision‚ no planning‚ and no care about consequences“.

“If we have surplus electricity then we must cancel nuclear‚ reduce prices‚ export more to Africa and invest in building electric cars.”

Cosatu agreed with the National Union of Mineworkers that South Africa’s climate change obligations to introduce renewable energy into the electricity grid should not result in back door privatisation and further commercialisation of the Eskom.

“Eskom and government should suspend their plan to shut down the power stations until a just transition-solution is arrived at by all affected stakeholders.”

Pamla said while Cosatu was not hostile to the introduction of independent power producers by Eskom‚ “we refuse to allow this decision to be distorted and used to retrench thousands of workers“.

“The process of implementing an energy mix should be gradual and should not result in immediate job losses.”

According to the Treasury‚ as of March 2017 exposure to IPPs amounted to R125.8 billion‚ which represents huge liability and transfer from the fiscus to the IPPs‚ Cosatu stated.

“IPPs are private companies and they should be required to create jobs‚ transfer technology and skills to workers that are employed in the fossil fuels sector in particular in the petroleum and coal sectors.”

On March 1‚ truckers caused peak-hour traffic mayhem in and around the capital Pretoria during a demonstration over an announcement by President Jacob Zuma during the State of the Nation address that power utility Eskom would sign power purchase agreements with Independent Power Producers who use renewable energy.

The Coal Transportation Forum‚ an organisation of truck owners‚ said this would effectively take them out of business‚ result in job losses‚ the closure of power stations and coal mines‚ which would turn Limpopo and Mpumalanga provinces — whose lifeline is coal — into ghost areas.

Their key message in a memorandum handed over at the Union Buildings was that government should avert the imminent loss of up to 30‚000 jobs and that no mine or power station should be closed due to the contracting of IPPs.