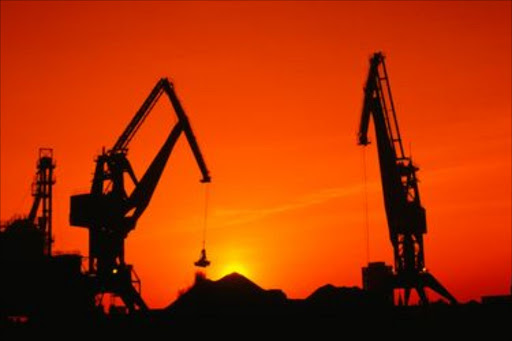 A controversial Australian mining company’s allegedly illegal activities at its West Coast mine that resulted in massive environmental destruction is the subject of a legal battle starting in the Western Cape High Court in Cape Town on Monday.

The most obvious physical symbol of the dispute is a sea cliff directly in front of the Tormin mineral sands mine – 400km from Cape Town near Lutzville – that collapsed in January 2015.

But at the heart of this dispute is a much more significant issue‚ with potentially far-reaching legal and environmental consequences for the South African mining industry. This is the future application of the government’s recently introduced management system that transferred full responsibility for granting‚ monitoring and enforcing the conditions of environmental authorisations for prospecting and mining operations to the Department of Mineral Resources (DMR).

Coming into effect in December 2014 after over a decade of wrangling and disagreement within government‚ the “One Environmental System” was designed to improve efficiencies and reduce bureaucracy and delays in the approval and management processes in the industry. There was widespread acknowledgment that the previous system had been slow‚ cumbersome and due for a shake-up. But for many‚ assigning responsibility for the vital but contested environmental component of the mining industry to the DMR has been the equivalent of putting the fox in charge of the hen-house. And during the past two years‚ the DMR has come in for stinging criticism for not tackling its new environmental compliance responsibilities with enthusiasm or effectiveness.

Tormin is sited on rich concentrations of mineral sands such as zircon‚ ilmenite‚ rutile‚ magnetite and garnet. It is owned by Mineral Sands Resources (Pty) Ltd (MSR).

MSR is in turn a subsidiary of Mineral Commodities Ltd that trades on the Australian Securities Exchange as MRC. MRC is the company that for the past 13 years has also attempted to develop a mineral sands mine at Xolobeni on the Pondoland coastline of Transkei‚ before announcing in July last year that it was selling its stake in this highly controversial project to its BEE partner.

Mining started at Tormin in November 2013‚ although mining rights had been awarded back in 2008‚ and by 2015 the operation had already produced some 1.6 million tonnes of mineral sands‚ generating annual sales of US$46.2 million.

National and provincial environmental authorities say that the collapse of the sea cliff was facilitated by the unauthorised and illegal re-positioning and operation of Tormin’s two primary beach concentrators – mechanical plants where mineral sands are initially separated from the beach sand (or primary ore). They also say this is only one of a number of breaches and violations of the conditions of its mining right and environmental authorisation.

Following a number of complaints over two years from individuals and organisations about the mine’s alleged lack of compliance with‚ and transgressions of‚ its statutory environmental management programmes‚ the Department of Environmental Affairs (DEA) led a search-and-seizure operation at Tormin in September last year.

Immediately afterwards‚ the DEA laid criminal charges against the mine in respect of five alleged transgressions:

increasing the footprint of its secondary land-based concentration plant beyond the extent approved in its environmental management programme‚ without authorisation;

constructing a jetty-like structure in the coastal public property without authorisation;

dumping at sea without a permit‚ because tailings are transported by pipeline from the secondary concentration plant to the beach and pumped directly into the sea; and

failing to obtain required municipal planning approval for the expansion of the secondary concentration plant.

As of January‚ these charges were still being investigated and no summons had been issued against Tormin.

The allegations are denied by MSR‚ and the mining company has now brought a High Court review application in which it argues that both the DEA and Western Cape’s Department of Environmental Affairs and Development Planning (DEADP) currently lack any legal jurisdiction to monitor and enforce compliance with Tormin’s statutory environmental management programmes. MSR contends this is because the “One Environmental System” has given exclusive compliance authority at Tormin to the DMR.

In terms of its three-part review application‚ MSR is seeking relief in the form of:

the setting aside of the decision by Vredendal magistrate CS Kroutz to issue the warrant for the search-and-seizure dated 28 September 2016‚ or declaring the warrant invalid;

an order for the DEA to return any documents seized during the operation and to destroy any notes and surveys done during the search; and

a declaratory order to the effect that‚ because of the implementation of the One Environmental System‚ neither the national nor the Western Cape environment ministers and their departments has authority to perform compliance monitoring and enforcement in terms of the National Environmental Management Act (NEMA) in respect of Tormin and other mines‚ except for one specific part of this Act – section 31D‚ clauses 5-8.

MSR’s court papers include a founding affidavit by its environmental compliance officer Sibonelo Mkhize who states: “(MSR) will demonstrate that the complaints‚ and alleged criminal conduct on its part‚ have no merit‚ and that all its operations and activities were lawfully authorised and that (it) is acting within such authorisations.”

MSR argues it is clear that the DEA’s jurisdiction in respect of compliance monitoring and enforcement of NEMA in mining areas has been removed‚ “save in limited and defined circumstances”.

Tellingly‚ MSR is not seeking relief against either the DMR or water and sanitation ministers‚ and says they are only cited because their departments have a direct interest in this matter.

Ironically‚ the first complaint against Tormin was made by a DMR official‚ but MSR accused him of being biased. Also‚ the DMR had agreed with‚ had helped plan and was initially party to the search-and-seizure operation. But its two officials who were part of the inspection team were withdrawn at the last minute by the deputy director-general‚ ostensibly because he was unhappy that police were to accompany the team. (The DEA explains in court papers that there have been incidents during other mine inspections‚ including one where its team was held hostage by mine employees‚ and so it requests a police presence as a matter of course.)

The environmental authorities have not taken Tormin’s challenge lying down‚ and have filed voluminous replying papers.

The DEA and DEADP acknowledge the legal changes brought about by the One Environmental System‚ but argue inter alia that Tormin transgressed aspects of environmental authorisations granted in terms of NEMA in 2012 for which they (DEA and DEADP) have compliance responsibility‚ and then failed to submit an amended application that could have rectified the transgressions.

A third leg to the argument by DEA and DEADP is that they remain responsible for enforcing compliance with the Integrated Coastal Management Act (ICMA) and the Control of Use of Vehicles in the Coastal Area Regulations – the so-called ORV regulations – and that as such they retain jurisdiction in respect of areas such as illegal coastal discharges‚ unauthorised driving in a coastal area‚ and illegal developments/structures along the coast.

They have therefore filed a conditional counter-application: if the court rules in favour of Tormin and agrees that the DEA and DEADP ministers have no jurisdiction to perform compliance monitoring and enforcement of NEMA (other than in respect of very specific circumstances)‚ they will ask for an order confirming their full authority over those parts of Tormin’s mining operations that occur within the coastal zone as defined by the Integrated Coastal Management Act.

Because of the national significance of the application’s outcome‚ lawyers and environmentalists will be watching this case keenly. The observers include activist lawyers at the Centre for Environmental Rights (CER) – a non-profit organisation that helps communities and civil society organisations realise their constitutional right to a healthy environment. The CER was among those who submitted formal complaints about Tormin’s alleged environmental breaches‚ and it has also been vocal about the way in which the DMR has taken on – or not taken on – its new environmental responsibilities.

In mid-2015‚ the CER issued a media statement saying that despite many assurances by the DMR‚ both in Parliament and elsewhere‚ that it was “more than ready” to implement the new One Environmental System‚ the department “… has so far either been completely unwilling to enforce the law‚ or has interpreted it in such a way as to defeat the purposes of sound environmental management. As far as we can tell‚ only the most initial steps have been taken to start building the necessary capacity and designation within the DMR to fulfil its new role of monitoring and enforcing compliance with NEMA. “In brief‚ all signs so far point to the fact that civil society’s dire warnings about the risks of placing the implementation of NEMA in the hands of the DMR were entirely well-founded.”

In addition to providing legal case history that could significantly influence environmental management of the mining industry throughout South Africa‚ and particularly in coastal areas‚ the Tormin review application will also cast light on the extent to which the DMR has now taken on its new responsibilities.

* This article originally appeared in GroundUp.