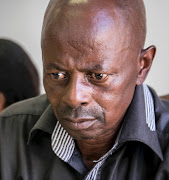 “In the street where I stay I am the only man who has survived. All the men who I worked with are dead.”

Tshidiso Thulo is one of 69 miners who have brought an application for a class action against 32 mining companies for failing to treat and prevent workers from contracting silicosis.

Only 65 applicants remain‚ after four‚ like the rest of the mineworkers in the street Thulo‚ 67‚ lives on in Welkom‚ in the Free State‚ died as a result of the incurable lung disease.

If successful‚ the class action would be the largest of its kind in South African history‚ and would bring billions of rands in compensation to hundreds of thousands of mineworkers and their families.

Thulo‚ who first started working for gold mining companies in 1971‚ believed a victory would be a breakthrough that would allow families affected by silicosis contracted in mines to sustain themselves.

In 2009‚ after 38 years of service‚ Thulo‚ like many others‚ was laid off by the mine he worked for after being declared unfit for work.

“They insisted that I had TB‚ which I agreed [I did]‚ but further tests showed that I had silica dust in my lungs – which the mine knew about. Knowing about it‚ they then told me that I was unfit to work in the mine‚ and told to go home‚” Thulo said at a briefing held by NGO Sonke Gender Justice‚ who were assisting the miners with their case‚ in Cape Town on Tuesday.

“When you have silicosis‚ you are susceptible to TB and at some point your family can acquire TB. My wife and two daughters got TB and it hurts me to know I am responsible for that. I feel like I have betrayed my family.”

In 2015‚ the Daily Dispatch reported about the gold mines opposing the applicants class action bid.

Their lawyers argued‚ at the time‚ that companies could not be held collectively responsible for mineworkers contracting the disease.

The newspaper quoted Chris Loxton SC‚ for Harmony Gold‚ as saying: “Fault must be shown in respect of each defendant”.

Last year‚ the mining companies were able to slow down court proceedings‚ when the Supreme Court granted them leave to appeal certification for the class action.

Many of those companies are in Cape Town this week for the Investing in African Mining Indaba‚ to discuss the future of the industry on the continent.

Thulo supports his wife and three children with the R1500 he receives monthly for his pension‚ and lives in the “terror and agony of awaiting death”.

He said: “We did not know that our health was being put at risk [ in the mines]. It was about us working for our families. We knew that if we disputed we would lose our jobs… We were working towards our deaths as mineworkers.”