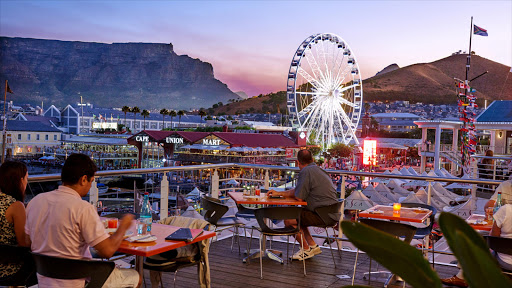 Towards the end of each year hundreds of thousands of people escape dark, cold, rainy winters in Europe and North America for a break in sunny South Africa“.

Many are drawn by the country’s wide array of outdoor attractions: nature reserves, beaches and adventure activities like skydiving and water sports. All of these are reliant on prolonged pleasant weather conditions. And, for now, South Africa delivers just that.

But climate change could place the country’s booming tourism sector – which contributes more than R100 billion to the GDP each year – at risk.

A range of research we have conducted suggests that climate change will badly compromise the sector. In one province, the Eastern Cape, sea levels will rise so much by 2050 that properties in popular tourist haunts might be flooded if adaptation measures are not implemented.

South Africa and other countries on the continent such as Mozambique, Morocco and Egypt, whose tourism sectors also rely on good weather, need to act urgently to navigate the choppy waters of climate change.

These concerns led us to initiate a pilot study that explored climate change threats to the tourism sector in two small coastal Eastern Cape towns. The study used Digital Elevation Models that map future sea levels relative to the land surface. These maps explored the potential impact of rising sea levels to the towns’ accommodation establishments by 2050 and then again by 2100.

Our results indicate that the worst effects will be experienced by 2050. The models suggest that 23 guesthouses which immediately border the coastline and one town’s canal will be flooded by this time.

We also calculated the Tourism Climatic Index scores for the two towns based on climate data from the past 30 years. The index incorporates a range of meteorological variables which influence human comfort and aesthetic pleasure. This serves as a measure of a location’s climatic suitability for tourism in future.

We also interviewed people: 52 tourists and 53 accommodation establishment owners. The owners expressed a significant concern for tourists’ comfort in changing climatic conditions. Many told us they’d installed air conditioning units and organised indoor activities to deal with higher temperatures or rainfall. But rising sea levels were perceived as far too distant a problem to require immediate intervention. Many of the owners didn’t believe it would pose a threat within their lifetime.

This study confirmed the widely held perception that South Africa has particularly suitable weather conditions for tourism. All of the locations returned annual scores within the international classification of "Excellent” to “Ideal”.

For most locations, climates are most suitable in spring and autumn: winters are too cold and summers too hot. Cape Town is particularly suitable for tourism summer, which is confirmed by peak tourist numbers during this season. The scores were low in winter because of a combination of cold temperatures, persistent cloud cover and a large number of rainy days.

The study also explored the factors within the index which contributed to lowering a location’s score. For all 18 locations, the factor was either rainfall or thermal comfort – how hot or cold a place was.

Although this model confirms that the climate is currently suitable for tourism, projected changes in these meteorological variables are bad news for South Africa’s tourism sector. Climate change will not only shift seasons, changing the start date of spring and summer and extending the duration of summer. It will also alter rainfall patterns and daily temperatures. These factors will result in a reduced climate suitability for tourism. So what can tourism bodies and individual establishments like hotels or guesthouses do to mitigate against these changes?

There is room for action

An improved understanding of how climate change threatens tourism is a good thing, no matter how gloomy our findings look. Understanding can improve the sector’s capacity for effective adaptation and mitigation.

Accurate, high resolution forecasts of specific climate change threats allow for well targeted measures that improve the chances of sustainable tourism – whether it’s at the level of individual establishments or the whole sector nationally.

Individual establishments that operate from coastal premises could, for instance, build solid retaining walls, relocate to higher land and develop an emergency evacuation plan. They can also make improvements indoors to increase comfort during periods of bad weather, like installing air conditioners or organising indoor entertainment.

Nationally, the government could develop quicker responses to flood affected regions. This would allow tourism establishments to get back up and running quickly after a climatic event like a flood. Tourism authorities should work with forecasters to understand weather patterns better – then, armed with accurate scientific information they can draw tourists to the most suitable locations for a particular time of year.