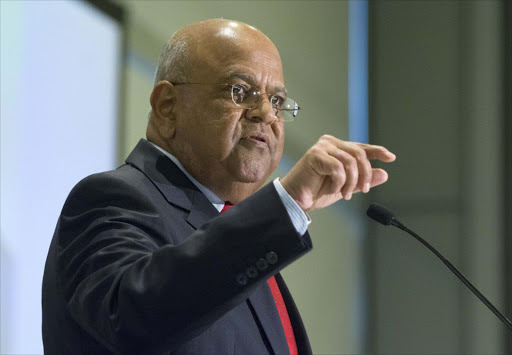 Rating agencies are shortly expected to announce their decision on whether to retain South Africa’s sovereign credit rating, or to downgrade it.

The current rank assigned by Moody’s is two notches above sub-investment grade (with a negative outlook). Fellow agencies Fitch and Standard and Poor’s both rank South Africa just one notch above “junk” status.

The country was able to avoid the downgrade to “junk status” in both May and June. But the scheduled reviews have reignited fears of a possible downgrade, a decision that would set the stage either for South Africa’s economic revival, or its demise.

Despite minor differences, all three agencies weigh up a number of ubiquitous and well-defined criteria when assigning a rank to a country’s sovereign debt. In the current review of South Africa they will be scrutinising growth prospects, the fiscal balance and its external debt levels particularly closely.

In their earlier reviews the rating agencies warned that South Africa’s annual growth rate would need to increase to at least 1% or it would risk falling to “junk” status by year-end. Finance Minister Pravin Gordhan recently reiterated the warning.

Unfortunately, South Africa’s annual growth prospect has been revised down from 0.9% to 0.5% . The outlook for 2017 is more positive in that the growth rate is expected to increase to approximately 1.3%.

But to achieve positive growth in the coming year the government has no choice but to introduce much needed and widely advocated structural reforms. These are being spearheaded by Gordhan. He has also been leading ongoing negotiations between the National Treasury and rating agencies in a bid to ward off a downgrade.

The negotiations have resulted in a number of tangible measures being set. These include a more sustainable supply of energy, greater efficiency at state owned enterprises, market reforms that can lead to greater competition and labour market reforms.

But a number of structural factors still stand in way of meaningful progress.

The most notable is the skills mismatch which has led to a labour market that is rigid and inaccessible to many. Reforms will therefore have to be centred on more flexibility in wage contracts and more effective collective bargaining structures. Also key will be the creation of more jobs in the private sector, particularly among small to medium enterprises. They are viewed as being more labour intensive and can therefore absorb a higher share of the unskilled labour.

Success on these fronts will depend on a commitment from both large business as well as trade unions.

The fiscal balance is also an area of concern. Here the National Treasury must commit to reducing the consolidated budget deficit to at least 3% of GDP. And it must make a commitment to maintain this for the next two financial years. In addition, the debt-to-GDP ratio must stabilise to below 48%. Achieving this is going to prove challenging for two main reasons.

Firstly, poor performing state owned enterprises, for example, the power utility Eskom and South African Airways, are putting an undue burden on the state’s resources. Calls to privatise these entities have so far gone unanswered.

Equally important are the burgeoning public wage bill as well as exceedingly high wasteful expenditure. The most recent report released by the country’s Auditor General pointed to shocking levels of wasteful expenditure by municipalities totalling almost R50 billion in the 2016 financial year. Much of it has been attributed to blatant deviations from procurement guidelines.

How the National Treasury responds will certainly test its commitment to short-term cost cutting measures. It will also point to how it aims to achieve growth within a more prudent fiscal framework.

Political tensions within the ANC will have a negative influence on the rating. Trumped-up charges levelled against Gordhan combined with President Jacob Zuma’s attempts to delay the release of a report on state capture, have not inspired confidence. There were silver linings in the fact that the country’s National Prosecuting Authority decided to drop the charges against Gordhan while a court ruled that report on state capture should be released.

But the continued deafening silence from Zuma as well as his ministers is bound to be noticed. The clear lack of leadership and the desire of some to hold onto power, adds political risk for which the country is likely to be judged harshly.

The effect of a downgrade

Asset markets have already priced in a possible downgrade. But a negative decision will still have major ramifications for South Africa.

A downgrade to speculative grade would imply that South African investments are considered to be high risk. Potential investors will demand a higher premium to take on the higher risk. In the worst case scenario the country will no longer be able to secure any credit.

The immediate response to a potential downgrade is that the country may experience short-term losses in the value of currency and the bond market. It may also experience an exodus of capital. But according to the governor of the reserve bank, banks are adequately capitalised and hence these developments are not expected to permanently effect the functioning of the domestic financial market.

In addition, the country’s resilience may come in the form of strong policy frameworks, a flexible exchange rate, relatively healthy corporate balance sheets and a large share of external debt being rand denominated. A better than expected commodity cycle could also help. These factors, combined with the Reserve Bank’s goal of keeping inflation in check (which offers some confidence in the stability of the country’s institutions) may just be South Africa’s saving grace.

Fatima Bhoola is a Lecturer in Economics, University of the Witwatersrand