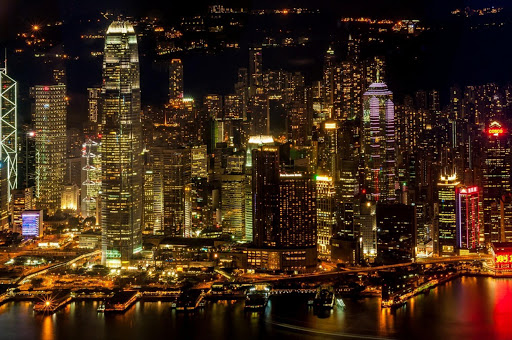 To be ruled by a backward lot is a crime against future generations. This column was written from the future, in Hong Kong.

When you land in Hong Kong and look out from Dudu Myeni's SAA plane, you see a majestic, truly modern city-state.

Skyscrapers stand like monuments to departed architects whose intention was forever to remind future generations of the creative power of the mind.

The harmonious blending of human creativity with nature showcases the philosophical depth of those who plan Asian cities. Some mountains are left untouched, while others are decorated with the kind of modern architecture that testifies to man's existence as a creature destined to manifest the majesty of God.

Hong Kong is a peninsula off the Pacific Ocean. Land is a scarce commodity, which is why the place looks like a skyscraper paradise. It is not the beauty of the sea and the mountains that make Hong Kong a city-state of the future. Nature has not deprived us South Africans of ecological beauty.

It is the application of mind to nature, the unfolding of mankind's scientific prowess that places Hong Kong ahead of us.

Hong Kong is not alone in the modern game. It is surrounded by equally creative neighbours, such as Singapore, South Korea, and so on. He who has visited that part of the world has seen what the economy of the future looks like.

When you check into a hotel in Hong Kong, you are given a locally made smartphone with which you can make free local calls and surf the internet as much as you wish. The phone is already loaded with unlimited airtime for you, and you can take it anywhere in the city, as long as you stay at the hotel.

In South Africa, it is a nightmare for visitors to buy a local phone. They must RICA their sim card, and are subjected to all manner of inconveniences.

This is just a small example of how technologically advanced some parts of the world are, and how far behind we are. By the way, Hong Kong was once a colony of Britain, just like South Africa.

You only need to browse the World University Rankings 2016-2017 to understand why Hong Kong is already in the future.

South Africa has not a single university in the world's top 100.

The gist of this real story is that the economy of the future will be knowledge-based. It can be built only by a knowledge-based society, a society of highly skilled citizens. Parts of the world are in that kind of future already, and the rest of us will have to work very hard to catch up.

The sad reality is that our daily discourse in SA is not about how to build the economy of the future. We are forced to talk about backward things like Nkandla, the Guptas, decoloniality, nationalisation of mines and such other twaddle.

Instead of spending time exploring ways to get our universities to the world's top 100 list, our students are busy burning buildings and demanding free education for all, including the rich.

When asked how they made so much economic progress, the standard response you get from South Koreans is: leadership, education and culture.

If you have a backward leadership whose preoccupation is to loot money, you must know that the future of your country and children is in grave danger.

If you have poor public education such as we have in SA, you must know that your children and their grandchildren are guaranteed lives of misery. They will never know the economy of the future.

If you have a rotten political culture - of ignorant masses who march to defend corrupt politicians - you must know that your society is going backward.

The solution is not complicated: seek ye knowledge and science, and ye shall prosper. This sounds too simple, but it is a profound injunction pregnant with transformative wisdom.

There is no doubt that South Africa needs a fresh start. This will happen the day our society is led by visionary leaders with a modern outlook. Before such leaders take over, we shall continue to be trapped in the past.