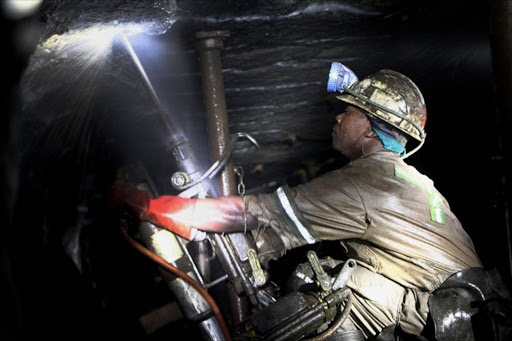 Destitute former workers of the ill-fated Aurora Empowerment Systems gold mines have submitted a list of complaints against liquidators of the company to the Master of the High Court in Pretoria.

The more than 5000 workers, among others, accused the liquidators of failure to honour their promise to pay them after Gold One purchased Pamodzi assets for R70-million and lack of accountability in the handling of funds.

In 2009, Aurora directors took over the mines in the East Rand and Orkney in North West after the previous owners were placed in provisional liquidation. In June 2015, the Pretoria High Court found that the Aurora directors liable for damages that could amount to R1.7-billion after the mines were left to idle and stripped of assets, leaving workers without pay for months.

In May, the Supreme Court of Appeal upheld the lower court conclusion that Zuma and Mandela had acted recklessly and fraudulently when they took over the Pamodzi assets and should be held personally liable for damages.

One of the former workers, Terra Dimane, said they marched to the Master of the High Court in September to demand that chief master Lothian Basson look into the conduct of the liquidators. He said they were yet to be paid for services, provident funds and leave amounting to more than R30000 each. Dimane said this was despite the R23-million settlement deal Zuma struck with the liquidators.

"Our biggest concern is that some workers are sick, others have died or are stranded in poverty ... Nobody is telling us anything, all we know is from the media," Dimane said.

In the memorandum handed to the master, the workers also claimed the liquidators stripped the mine of its assets and all the shafts were shut down but there was no accountability for the funds.

The workers' demands included that they be involved in all processes, be prioritised for payout in the list of creditors, that unemployed former workers be placed in other operational mines, sick workers be attended to and families of the deceased be paid in full.

Mametlwe Sebei, of Lawyers for Human Rights, has intervened on behalf of the workers. He said the biggest issue was that the mine operated for another seven months after the liquidators took over and pension fund contributions were deducted from salaries but never paid into the fund.

"I've spoken to the liquidators and committed to a meeting [this week]. The other [matter] is the issue of severance packages," he said.

John Walker, a lawyer representing the liquidators, said they had responded to the complaints in the memorandum as demanded by the chief master of the high court.

"The master convened a meeting a week after the complaints were handed to him. Everybody attended but the workers decided not to come. The master then took us through the complaint and demanded that we respond to each complaint, which we did," he said.