Boys Coffee Club brewing its way to the top 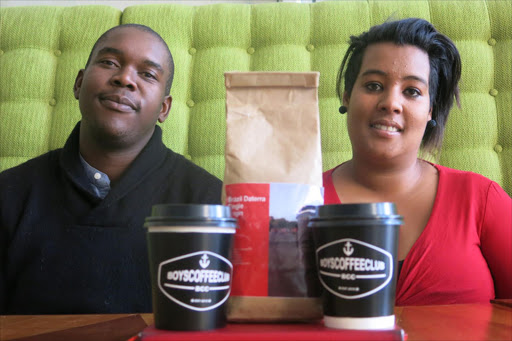 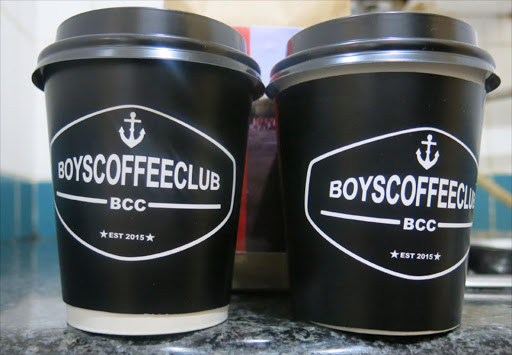 You may have spotted an image of their well branded coffee cups on Instagram or met them at an event in your neighbourhood; the Boy’s Coffee Club is the new kid on the coffee brewing scene.

The name which often confuses people and draws some judgemental comments came about because of Shanonn’s other business. She has a baking business called Girls Cake Club, which seeks to empower people through a baking society. She decided on the Boys Coffee Club just as parallel to it and with a thought on future collaboration.

Only operational for less than 2 years now, the black owned company is already making inroads in an industry dominated by heavyweights such as Starbucks and Vida café.

The three alongside another employee Sibusiso Papu, their Regional manager in Cape Town, form the passionate coffee company.

The team operate from a mobile station which they feel is better than operating from a truck as it allows you to be at the same level as your customer and establishes a relationship.

Boys Coffee Club take pride in their single origin blend - this means all the coffee beans are sourced from one place.

They acquire the green beans and send them to get roasted by a master roaster, then they grind the beans and from there make your coffee. Each of them are trained as baristas, so depending on what you want they can make it for you.

According to 2015 figures from Statistics SA, coffee shops have contributed to around 2.8 percentage points of the positive annual growth around takeaway and fast food. They have also seen a 7.1% increase in income since 2014 with impressive growth across the country.

With these kinds of figures and growth projections, one can easily see the trio’s sacrifices for the business were worthwhile.

Matlhwane made the hard decision to leave school in his final year to focus all his energies on the business.

Shannon’s husband quit his job and they had to relocate their 3 children to Cape Town where her mother could take care of them.

“We had to start making different sacrifices knowing it could be the biggest risks of our lives”, Matlhwane stated.

“So we’ve reached a point where we know who we are, we are fully black owned and we know who we’re targeting and we’re trying to get back to our people. We’re trying to teach people what coffee is, we’re trying to teach generational coffee drinkers, whereas we just business people selling coffee to every random person walking around. The business is about growth it’s not about just making money at the end of the day. We are looking at creating jobs for the people, looking to create a 50 year business as opposed to most people who are doing a business just to make money.” Matlhwane says.

Knowledge about coffee is what they’re trying to distribute, especially to the black market.

Thabiso mentioned that the reason why people prefer to buy coffee from American franchises is because they’re buying into the brand. The American brands have been thrown in our faces so much people are conditioned into thinking it’s great. Another thing they do not like about the American brands is that they don’t contribute to the local economy or to the community around them, which is something the team at Boys Coffee Club takes very seriously.