How R16m goes to waste every year in SA cabbage patches 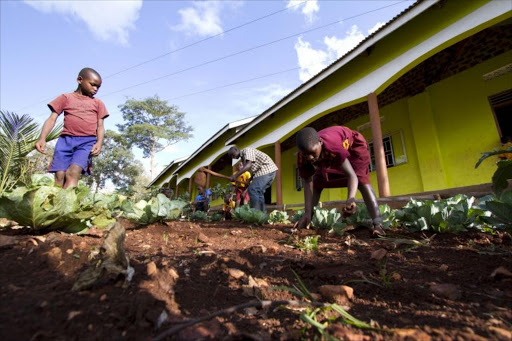 Cabbages worth R16-million go to waste in South Africa every year.

That’s the finding of a student at the Stellenbosch University Food Security Initiative‚ which aims to curb postharvest losses and food waste.

“It’s not only worrying how much never reaches our plates‚ but also how much resources such as water and energy are wasted in the process of farming uneaten cabbages‚” said Prof Umezuruike Linus Opara‚ who supervised the master’s thesis of Karen Munhuweyi.

He said the research team chose cabbage as a test subject because it was a widely consumed vegetable worldwide and a staple in many South African diets.

Fresh cabbages can be kept on retail shelves for at least three to five days‚ and Munhuweyi bought cabbages from three shops in Stellenbosch when their shelves were fully stocked and consumers were picking through the display items.

The vegetables were inspected for decay‚ insect damage and mechanical damage to ascertain how many were already unfit for consumption or further marketing. On average‚ 21% of cabbages fell into this category.

Mechanical damage caused when the cabbages were roughly handled during harvesting‚ loading and offloading led to up to half of losses and decay accounted for up to 35%.

The study revealed how maintaining an optimum cold chain could prevent up to 30% of the total losses observed when cabbages are stored at room temperature for seven days.

Researchers extrapolated their results to calculate how much of South Africa’s annual cabbage harvest of 103‚000 tons never ends up on a plate. They calculated that at least 21‚950 tons of cabbage worth R16-million is lost annually.

They produced a wealth of statistics elaborating on their findings‚ which were published in the British Food Journal:

- The water used to produce the wasted cabbages could meet the needs of more than 195‚000 people annually;

- Approximately 7.5 million kilowatts of fossil energy and 4 million cubic metres of fresh water resources are unnecessarily used in the production of the lost produce; and

- The volume of cabbages dumped leads to around 2.9 million tons of the greenhouse gas carbon dioxide being emitted. “At least 75 million trees need to be planted to offset these emissions‚” said Opara.

“Severe postharvest losses do not only add to poverty through lost food and income‚ but also contribute to environmental and unsustainable usage of resources and the emission of unwarranted greenhouses gasses that contribute to global warming‚” the researchers said.