Insurer finally agrees to pay R18000 for damages to car 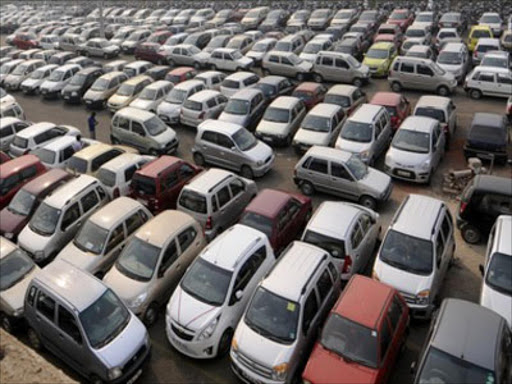 After battling for months to get an accident claim settled by an insurer, Moshe Tladi has now breathed a sigh of relief as Outsurance has agreed to compensate him.

Outsurance will pay Tladi compensation of R18000 to have his car repaired. The financial institution had previously rejected Tladi's claim on the grounds that its client, East Rand Events Hire, was faced with a sudden emergency and could not have avoided the accident that damaged his car.

Sudden emergency is a defence that insurance companies can raise when their client is involved in an accident that was beyond their control, like a burst tyre or the driver suffering a heart attack.

Tladi, of Spruitview on the East Rand, said the van driven by an Outsurance client rolled and damaged his car on June 20.

He said after the crash, he called 10111 to report the accident as one of the passengers of the van was badly injured.

The driver was not injured, however, and was able to give him the details of his employer and his driver's licence.

He said the driver told him that he suspected that a burst tyre had caused his vehicle to skid before it overturned.

"I then took photos of the tyre that busted and also noted that it was smooth, which I suspect may have contributed to the accident," Tladi said.

The 56-year-old father of two said when lodging his claim, Outsurance asked for a lot of information regarding the accident, including pictures of his damaged car and the cost of repairs, which he supplied.

He was told it would take four to six weeks to investigate and resolve the matter, but two days later his claim was refuted.

Outsurance told him their client was not liable for the damage his car suffered, he said.

They told him that their client was faced with a sudden emergency and could not control the car or avoid the accident after the tyre burst.

Though he sent them a photograph showing that their client was driving a vehicle with a smooth tyre that could have contributed to the accident, he was told there was nothing he could do because his file was closed.

He argued that their client could have prevented the accident by ensuring that all the tyres of his vehicle were roadworthy.

"The bottom line is their client caused damage to my car and I want it repaired," said Tladi.

Tladi said no one plans an accident, but motorists must ensure their cars are roadworthy so that "we do not become victims of their negligence".

After Consumer Line's intervention Outsurance agreed to reconsider their decision and to compensate Tladi.

Steyn Verster, the general manager of Outsurance's legal department, said the insurer sympathised with Tladi, and without admission of liability on their part, they would offer him an ex gratia payment so he could have his car repaired.

A thankful Tladi confirmed on Monday that Outsurance had requested more details to facilitate payment of his claim.