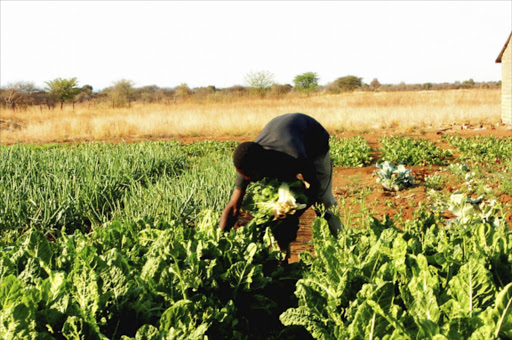 The Department of Rural Development and Land Reform‚ approved R235-million for emerging farmers to acquire land to ease congestion in communal and state land across five provinces and boost food security‚ it said on Monday.

The department had further spent R69-million for farm recapitalisation — approximately 145 permanent jobs were expected to be created from the 13 projects‚ with an additional 1‚114 temporal jobs.

A total of 41‚252 hectares were acquired in five provinces across the country under the Proactive Land Acquisition Strategy (PLAS).

“The department acquires farms through the PLAS‚ which seeks to acquire strategically located land and redistribute this to emerging farmers; the acquisitions approved will contribute towards achieving the development goals as espoused in the National Development Plan‚ a statement said.

According to the Minister of Rural Development and Land Reform‚ Gugile Nkwinti‚ this would go a long way towards fast tracking service delivery in rural areas.

The department’s National Land Allocation and Recapitalisation Control Committee (NLARCC)‚ chaired by Deputy Minister Mcebisi Skwatsha‚ processes applications before they are brought to the minister for approval.

“Some of the commodities that people apply to produce are for niche markets. We want to give people a chance to create jobs and farm effectively. We do not want weekend farmers; they neglect farms‚” said Nkwinti.

Once an application for recapitalisation or land allocation is received‚ a rigorous evaluation process in a province is undertaken‚ then NLARCC processes application‚ culminating with the minister’s final ratification.

It is standard that the applicants submit business plans which guides the way forward in terms of production and infrastructure development of farms‚ in some cases emerging farmers are linked to experienced strategic partners who assist them with the skills required. A farmer or beneficiaries can apply as individuals or as a group.

The department works closely with the Department of Agriculture‚ Forestry‚ and Fisheries to ensure that new farmers have access to extension officers who facilitate the transfer of new farming methods and provide technical advice.

Sister departments such as water and sanitation‚ as well as the Land Bank participate in the screening process of applications when they serve before the NLARCC; this demonstrates the ability to assess applications within a co-ordinated and co-operative manner.

“This programme allows us to ensure that we rekindle the class of black commercial farmers that was disrupted by the 1913 Natives Land Act‚” Nkwinti said.