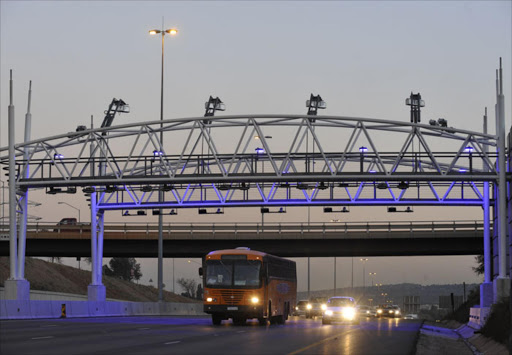 The Cape Chamber of Commerce and Industry on Tuesday welcomed the announcement by Sanral that there will be no e-tolling in Cape Town, and said it was opposed to any form of toll roads within the city limits.

"We are also concerned that, if the N1 and N2 tolls roads go ahead, toll fees will be low to start with and then will be increased regularly as we have seen with other toll roads," said chamber president Janine Myburgh.

Myburgh said the chamber would watch toll fees very carefully and said that the major cost for toll roads was the construction cost.

On Sunday, the SA National Roads Agency Limited (Sanral) said Cape Town would not have tolled freeways like Gauteng because Cape Town would appoint a concessionaire on a "build, operate and transfer" basis.

Spokesman Vusi Mona said that in Gauteng Sanral went out to borrow money in order to build the road.

"This means the concessionaire will design, finance, operate and maintain the road, returning it to the state in a specified condition at the concession period," he said at the time.

Sanral was responding to statements by the City of Cape Town and Right2Know that it would implement electronic tolling in Cape Town, as it had in Gauteng.

Mona said there would be "conventional toll plazas" along the N1 and N2.

"The electronic or automated method of payment, is a possible future consideration dependent on traffic volumes," Mona said.

He said the upgrading of the Western Cape's N1-N2 Winelands highway road network was a major infrastructural investment.

Road improvements included construction of a 13km new section of the N2 in Somerset West/Strand.

There would be additional traffic lanes between Durban Road and the Koelenhof Interchange and between Borcherds Quarry Road and De Beers Avenue in Somerset West, Sir Lowry's Pass to Houwhoek and Florence and Worcester.

Mona said 14 new/upgraded interchanges made provision for a second tunnel at Du Toitskloof on the N1.

That, however, required funding, he said. Sanral's allocation from the fiscus was about R10 billion a year for the entire national road network and the N1/N2 Winelands project required about that amount.

Chairman of the chamber's transport portfolio committee Peter Hugo said the new way of dealing with tolls was better, but the chamber had concerns.

"This is a much better way of building toll roads but the question is: who will fix the toll fees and ensure that the public is not exploited?" he said.

"Unfortunately Sanral have set very bad examples by charging exorbitant toll fees long after the construction costs of some of their projects have been recovered. They have set some very tempting precedents for the future operators."

Hugo said the chamber was also concerned about the "unsolicited bid process" and the use of a preferred bidder.

"Surely a better way to control costs would be an open tender process," Hugo said.

"I fear we are going to end up with another monopoly and ineffective price regulation."