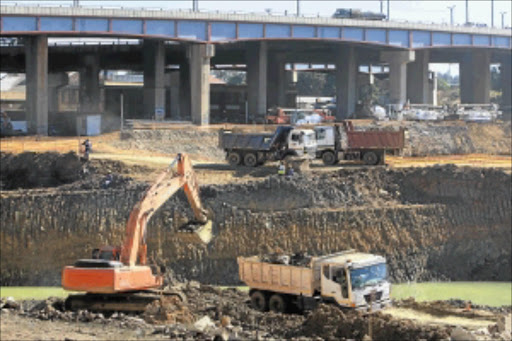 Seven companies are investing over R3 billion at the Coega industrial development zone (IDZ) in the Eastern Cape, the Coega Development Corporation said on Tuesday.

Seven buildings linked to different companies were currently under construction in the zone, spokeswoman Ayanda Vilakazi said in a statement.

The companies, and the size of their investment, were:

"Construction taking place at the IDZ provides job opportunities for residents living in the Nelson Mandela Bay. About 1800 people are benefiting from the construction-related jobs," Vilakazi said.

Construction of the Afrox office building was expected to be completed during the fourth quarter of this year.

More than a third of the Dedisa Peaking Power Plant was completed. When finished, the plant, consisting of two open-cycle gas turbines, would produce 335MW of electricity.

This was around half of Nelson Mandela Bay's power requirement. It was estimated that over 1000 permanent jobs would be created, Vilakazi said.

Air Product's plant was expected to be finished in the final quarter of 2014. Construction on the Vector Logistics and Digistics buildings began in May.

The UTi building was expected to be completed towards the end of the year.