A new idea for space tourism: balloon over rocket 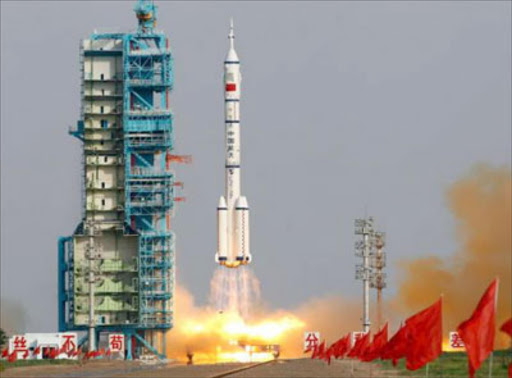 World View Enterprises announced plans Tuesday to send people up in a capsule, lifted 19 miles (30 kilometers) by a high-altitude balloon. Jane Poynter, CEO of the Tucson, Arizona-based company, said the price for the four-hour ride would be $75,000.

While it's not quite space - that starts at 62 miles (100 kilometers) -the plan requires approval from the Federal Aviation Administration, which oversees commercial space.

Poynter said the plan uses existing technology and the first launch could be as early as the end of 2016.

"There are balloons this size that have already flown up many, many times for decades," Poynter said. "From a technical point of view this is incredibly doable, low risk."

The selling point is the view of the Earth and seeing its curve, she said. The venture isn't designed for passengers to experience weightlessness.

The flight would take 90 minutes to go up at about 1,000 feet (300 meters) a minute, set sail up high for 2 hours with an emphasis on smooth riding, and then come back down in 40 minutes, Poynter said. The capsule's interior will be roomy enough for its eight passengers to walk around.

Outside space expert Scott Pace, a former NASA associate administrator now space policy director at George Washington University, agreed that this is technically feasible. He said the issue is whether there's enough of a market for it to be financially doable, calling it "an interesting market test."

Pace said the while there are many space tourism ventures, it is not quite right to call the field growing. It is still embryonic. A few people have paid tens of millions of dollars to fly to the International Space Station and others have paid to fly in high altitude jets. But how many people will pay for near space experiences, he asked.

Poynter said she has no doubt that there's a market with other firms like Virgin Galactic selling so many tickets for yet-to-fly rides.

She and her husband earlier this year proposed a private venture to send a married couple to Mars in 2018.