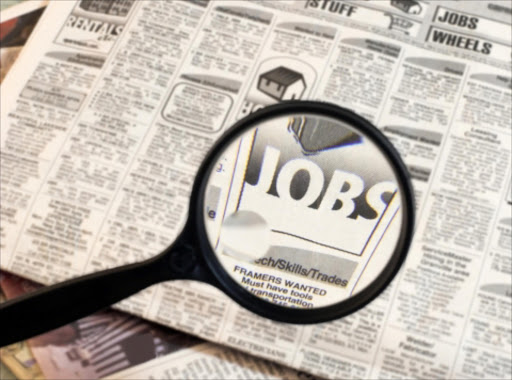 The number of unemployed increased by 100,000 people to 4.6 million between the fourth quarter of 2012 and the first quarter of 2013, Statistics SA (StatsSA) said.

This took the country's official unemployment to 25.2 percent from 24.9 percent in the fourth quarter of 2012, StatsSA said in its Quarterly Labour Force Survey (QLFS).

The QLFS is a household-based sample survey conducted by StatsSA and covers the labour market activities of people aged 15 to 64.

Stats SA's official definition of unemployment is someone aged between 15 and 64 who is without work in the week preceding the interview, but who looks for work and is available to take up employment or open a business.

In the expanded definition of unemployment, which includes people who have stopped looking for work, the rate was 36.7 percent in the first quarter of 2013, the highest since 2008.

The South African economy lost approximately one million jobs during the recession.

However, at 13.6m, employment in the first quarter of 2013 was still lower than the 14m before the recession.

However, the formal sectors grew 0.8 percent and the informal sector 4.1 percent compared to a year ago.

The biggest contributor to the increase in employment was the agricultural sector, at 54,000 jobs, followed by the community and social services with 44,000.