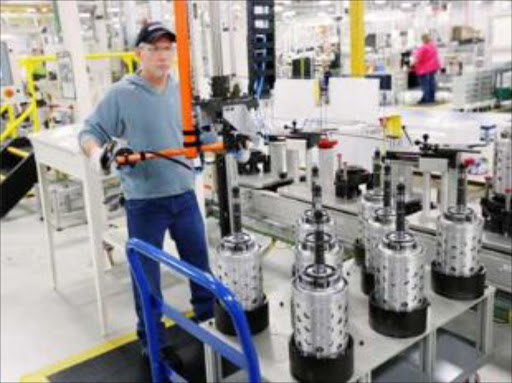 With auto sales in Europe stalled, Fiat is pushing Chrysler to boost production at key US plants over the opposition of blue-collar workers who don't like the new work schedules.

Less than four years after Chrysler was saved from certain death by a government-backed bankruptcy and steered back to profitability by Fiat, a growing number of workers are complaining that they are being asked to sacrifice once again.

But they're not getting a lot of support from the United Auto Workers (UAW) union, which negotiated the changes with Chrysler as part of a more flexible contract aimed at improving competitiveness.

The switch to four 10-hour days instead of five eight-hour days means less overtime pay, a shifting schedule and the regular loss of their Saturdays.

"It's terrible for workers," said Alex Wassell, a Chrysler employee who was fired after helping to organize a recent protest outside a plant in Warren, Michigan which builds the popular Ram pickup truck.

"It makes child care more difficult, and makes it impossible for a lot of workers to attend school activities, and eliminates weekends with your family," Wassell told AFP.

"It's not a good situation for many workers. One of every three workers will have to work Saturdays indefinitely."

Chrysler said it has altered work schedules -- and hired 8,000 new hourly employees since emerging from bankruptcy in June 2009 -- to keep pace with growing demand for the company's vehicles.

"Chrysler Group has been fortunate enough to see demand for its products increase significantly over the past three years," said Chrysler spokeswoman Jodi Tinson.

The new schedule makes room for a third shift of workers and lets Chrysler run the plants 20 hours a day, six days a week.

It also eliminates the roughly $120 a week workers used to earn in overtime pay, which substantially trims labor costs.

"We have worked in partnership with the UAW to find creative ways to boost production at all of our facilities," Tinson said, noting that the four-day work week means an extra 49 days off a year.

"We understand and appreciate that this is a transition to a new work pattern," Tinson said in an e-mail.

While Fiat has idled factories and workers in Europe amidst an industry-wide slump, Chrysler production in the United States has climbed from 950,000 units in 2009 to 2.4 million units last year and is expected to increase to 2.6 million units in 2013.

The protest that cost Wassell his job only attracted between 25 and 50 people, but dozens of other workers either voiced support or gave the demonstrators a thumbs up as they filed into the plant during shift change.

The issue has also been raised repeatedly on social media and during local union meetings in recent months.

Wassell's firing brought the union reluctantly into the fight.

David Edgar, the president of UAW Local 869, would not comment on the dispute but said the union filed a grievance challenging Wassell's dismissal and demanding his immediate re-instatement as the controversy escalated.

Tinson said Wassell was dismissed for violating a prohibition on "engaging in activity constituting or appearing to constitute a conflict with the interest of the Company."

A senior UAW official, who asked not to be identified because they didn't have authority to speak with the press, said the union's current contract with Chrysler allows the company to utilize alternative work schedules to meet production demands.

"Chrysler's within its rights," the official told AFP.

Up until now, the UAW has played down discontent and had worked to defuse similar protests last year at Chrysler plants in Trenton, Michigan and Kokomo, Indiana.

The union has become less confrontational and more cooperative since the deep economic downturn of 2008 nearly brought down the US automotive industry, said Sean McAlinden, of the Center for Automotive Research in Ann Arbor, Michigan.

"They would rather see the companies add jobs now," he said.