From a small garage to a major corporate supplier 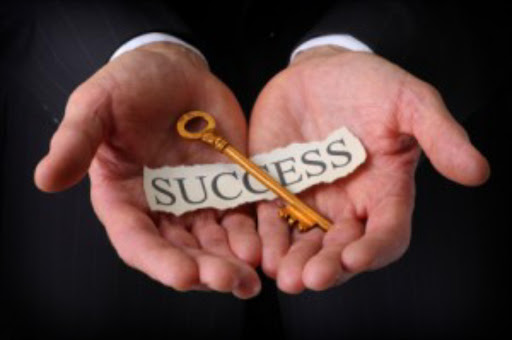 At a time where South Africa needs more growth enterprises, this rags to riches story will encourage any budding entrepreneur to follow their dreams.

The story begins in 2001 when two friends, Mark Bennett and Steve Giddings decided that they needed to do something entrepreneurial that would allow them to quit the corporate rat race. For a few months nothing much happened, but then in December, Mark found an advertisement by a company offering coffee vending machine franchises.

It looked like a real opportunity. Place coffee vending machines in corporate offices, supply the ingredients and rake in the money. Add to that, the fact that the franchisor would help place the machines and that it could be run part-time, and the deal was sealed.

Initially the franchisor was helpful, but after being talked into buying an additional 10 machines for a "contract" that never actually existed, the two walked out on their franchisor. Having placed only 6 machines in Johannesburg and Durban, the going was tough. Carrying on their existing jobs and cleaning coffee machines at nights and on weekends was difficult and Mark would catch a bus to Durban once a week to take stock down to the clients and to service their machines. Once he drove there and back on his motorbike with a rucksack full of coffee!

Their big break came in July 2002. First, they won a contract with Sony and then they won Avusa Media and GlaxoSmithKline as clients. After a year of cutting back on policies, borrowing from family and friends and wondering if this was ever going to work, they had their first small pay-checks.

The joy was to be short lived because two months later Mark had a brain aneurism and tragically passed away. Nohlene, his widow, who had been helping out with the financial management of the company, then joined Steve in the business.

After a period of consolidation, the company began to grow again and while it still operated out of a garage, it was able to appoint its first staff member to install and fix machines and deliver the consumables.

By now the size of operations was expanding and a small office/warehouse was hired. Then towards the end of 2006, the volume of coffee beans being used reached the level where it made sense for them to roast their own coffee, and a coffee roasting machine was bought. Just before it arrived, they formed a joint venture with Brian Best who had left a career at a large coffee distributor to spread his own entrepreneurial wings. This partnership resulted in Java Lava Beverage Manufacturers being formed in 2007. Java Lava manufactured a range of filter and espresso coffee and manufactured hot chocolate and various powdered milk and creamer mixes.

In 2008, both Frontier and Java Lava moved into 1000 sq/m of industrial premises - a far cry from the 9 sq/m that saw the birth of the company.

By 2012, Frontier Coffee had a national presence, over 1000 clients and was providing corporates like Netcare, HP, Barlows, Avis, Standard Bank, HSBC, Adcorp, SAP and Avusa with their coffee and coffee machines. Then in June 2012, Famous Brands (owners of Wimpy, Mugg & Bean, Steers etc) bought a 60% stake in Java Lava with the intention of supplying all their outlets with Java Lava coffee.

Besides having access to the same quality of coffee supplied to these well known franchises, Frontier Coffee now employs over 50 staff, has a Level 1 B-BBEE rating, and continues to provide excellent service, a great range of coffee machines and all the hot beverage consumables needed to keep them running.

The company serves as an example to other entrepreneurs that hard work and a belief in making it happen no matter how rocky the road becomes, can lead to dreams coming true.