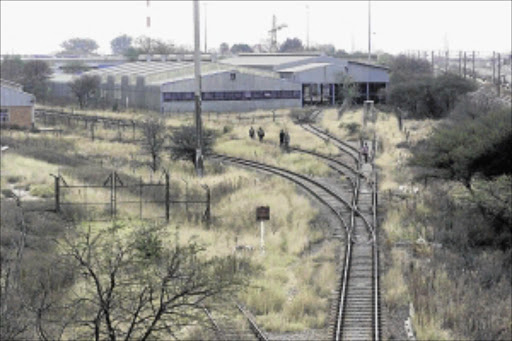 THE government's drive to revive economically depressed areas has received a shot in the arm following a decision by Nestlé SA to expand its production at the Babelegi industrial township at Hammanskraal, north of Pretoria.

Yesterday Nestlé SA was joined by officials from the Department of Trade and Industry (DTI) during a sod-turning ceremony for the construction of two new productions sites at the industrial park.

The R500-million investment includes the construction of a 16000m² factory for the manufacturing of Milo and Cheerios breakfast cereals, as well as R417-million to add new production lines for the manufacture of Maggi noodles.

Part of the investment also includes R47-million to be spent on the expansion of the existing creamer factory.

This will also lead to the expansion of the current distribution centre to the tune of R37-million.

Nestlé spokesman Ravi Pillay said investment at Babelegi has created more than 130 permanent jobs within the two factories and 300 indirect jobs over a 20-month period during the construction phase.

Pillay also said the initiative was part of the company's drive to contribute towards job creation.

He said Nestlé had 12 production sites, four distribution centres and 3700 permanent employees across the country.

Pillay said the investment was also contributing towards the government's drive for infrastructural development.

The DTI has welcomed Nestlé's Babelegi initiative, saying it was in line with government policy to revive economically depressed areas like Hammanskraal.

Created by the Bophuthatswana homeland government, Babelegi used to be an important economic hub in the area - but like most other such areas it turned into a ghost town post-1994.

This is in line with the government's drive to incentivise the revival of small towns that have become ghost towns.

"We are very excited about Nestlé's investment into a project like this which is essentially an agro-processing business."