'Youth subsidies are being used worldwide' 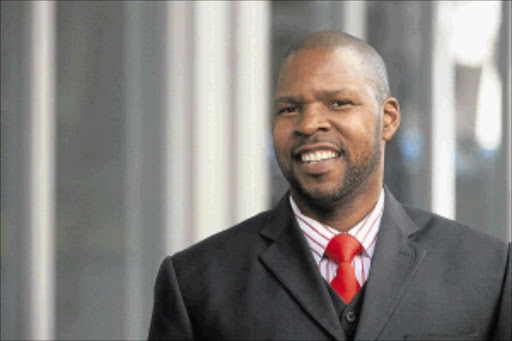 IN FAVOUR: Joni Musabayana, ILO deputy director of Decent Work Team for Southern and East Africa, says a youth subsidy in some sectors is the way to go. Photo: Veli Nhlapo

THE International Labour Organisation (ILO) believes South Africa should immediately introduce the youth wage subsidy - in some sectors of the economy - to test if it would yield results.

First mooted by Finance Minister Pravin Gordhan, who set aside R5-billion to fund private companies to create jobs for young people, the plan was rejected by the ANC policy conference in June.

The plan had also stalled at the National Economic Development and Labour Council where Cosatu, the ruling party's alliance partner, blocked it.

But the ILO - which oversees global labour standards - believes South Africa should try the idea.

ILO deputy director of Decent Work Team for Southern and East Africa Joni Musabayana told Sowetan that the youth wage subsidy was successful in many countries.

"The concerns raised about young people displacing older workers are real but should not be used to completely reject the programme," he said at the weekend.

"These programmes are used worldwide as vehicles for youth employment. It is unfortunate the parties concerned have adopted such rigid positions on the matter." Musabayana also shot down the call for the banning of labour brokers, saying the move does not have a constitutional basis in the country. "Namibia tried to go that route and failed. The supreme court in the country overruled the move."

He also blamed the mushrooming of labour brokers on the ineffectiveness of public employment services (labour centres run by the department of labour).

The ILO chief agreed there was a need to regulate labour brokers.

He blamed the abuse of job-seekers by employers and labour brokers on "greed and racism".

"Some of these things are happening because of the history of this country."

Musabayana said as part of its "decent work" campaign the ILO was working with government to turn job opportunities in the Extended Public Works Programme (EPWP) into productive jobs.

This is done in conjunction with the Departments of Higher Education and Labour.

"For example, if young person is employed in the construction of a road as part of EPWP - he must then be linked to a training course in road construction.

"After training he should then be put on the job-seekers' data base of the Department of Labour. This then exposes the person to employment opportunities, eventually enhancing the person's human dignity."