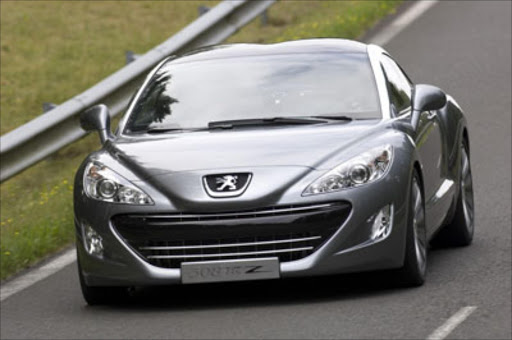 French automaker PSA Peugeot Citroen announced 8,000 job cuts and the closure of an assembly plant as it struggles with mounting losses, in a move that could hasten a wave of restructuring in western Europe.

The Aulnay plant near Paris, which employs more than 3,000 workers, will stop making cars in 2014 as part of a drive to reorganize Peugeot’s under-used domestic production capacity, the company said on Thursday.

It will be the first car plant to cease production in France for 20 years, posing a challenge to new Socialist President Francois Hollande’s objective of reviving industrial production.

The government said it was studying the closure plan but stopped short of condemning it, incurring the wrath of France’s biggest industrial union, the hardline CGT.

A second factory in the western city of Rennes will shed 1,400 of its 5,600 jobs as the company downsizes in response to shrinking demand for larger cars such as the Peugeot 508 and Citroen C5. Some 3,600 non-assembly jobs will also be scrapped across the company.

“I am fully aware of the seriousness of today’s announcements,” Chief Executive Philippe Varin said in a statement. “The depth and persistence of the crisis impacting our business in Europe have now made this reorganisation project indispensable.”

Peugeot said it would post a net loss in the first half and a 700 million-euro ($857,5 million) operating loss for the core car-making division.

The manufacturing operations are burning 200 million euros a month, with cash flow not expected to turn positive until 2015, the company said.

“People were not expecting them to consume cash at such an alarming rate for such a long time,” said Erich Hauser, a London-based auto analyst with Credit Suisse.

“This is a company that has run out of options,” he said.

“Peugeot has lost the plot in European small cars, which were its traditional mainstay.”

The stock has plunged 32% since Jan. 1, wiping 1,2 billion euros off the struggling automaker’s market value.

General Motors bought a 7% Peugeot stake in March as part of a far-reaching alliance plan announced the previous month.

Unlike Volkswagen, the French automaker is heavily exposed to southern European markets worst hit by the region’s debt crisisb and lacks its German rival’s export success or the support of a low-cost brand like Renault’s

Paris-based Peugeot last week posted a 13% decline in first-half sales to 1,62 million light vehicles — contrasting with a more modest 3,3% decline reported by Renault and a 10% gain for the VW brand.

Analysts said other manufacturers considering or engaged in restructuring include Renault, Fiat, and Opel, the ailing European arm of General Motors Co, as the European auto industry fights chronic overcapacity in a market that has shrunk by 20% since 2007.

Peugeot’s cuts will reduce competitive pressure on the whole European industry, Church added. “There’s clearly something of a first-mover disadvantage.”

Fiat Industrial’s truck unit Iveco said on July 1 it will close five truck plants in three European countries by the end of the year to adapt to plummeting truck sales.

Marchionne told a news conference last week that if the car market did not improve within 36 months, Fiat had “one plant too many”, but he added he expected the market to recover in time.

Carlos Ghosn, chief executive of Renault and its Japanese alliance partner Nissan Motor said in March that the first significant restructuring by a European manufacturer could open the floodgates to a rash of plant closures.

“The day somebody’s able to restructure heavily in Europe, it’s going to force all carmakers to do it,” he said.

Opel has said it aims to close its plant in Bochum, Germany, in 2017, but has offered to extend a pledge of no job cuts to 2016 in return for fresh wage concessions and union acceptance of the Bochum closure.

Peugeot executives had already outlined plans to close Aulnay in a document leaked to unions in June 2011, while warning that an announcement would be impossible before French elections which ended last month.

The company said it plans to convert the Aulnay site for other activities and seek new positions within the group for around half its workforce.

Peugeot also struck a tentative deal with Fiat on Wednesday to end the companies’ Sevelnord delivery-truck venture. Fiat will sell its half of the plant in northern France to Peugeot by the end of 2012 but keep a share of its production for another four years, under their draft agreement.

Workers at Sevelnord, which assembles the Peugeot Expert, Citroen Jumpy and Fiat Scudo commercial vans, were asked in May to agree to a pay freeze, hundreds of job cuts and other concessions or face possible closure.

CGT leader Bernard Thibault called the Peugeot plan “an earthquake” and said his union would not stand idly by and accept the job cuts, attacking the Socialist government for failing to take emergency steps to prevent such layoffs.

Hollande’s government has accused conservative ex-President Nicolas Sarkozy of having told Varin to delay the closure until after a presidential election in April and May.

Social Affairs Minister Marisol Touraine said the job cuts were “unacceptable” from a company that had benefited from billions of euros in state support to the auto sector in recent years. A government expert appointed last month to examine Peugeot’s finances will report back within two weeks, she said.

But a statement from Ayrault’s office did not challenge the closure decision. It said the government would verify that Peugeot delivered on a promise to help find jobs for the thousands of workers it is laying off.